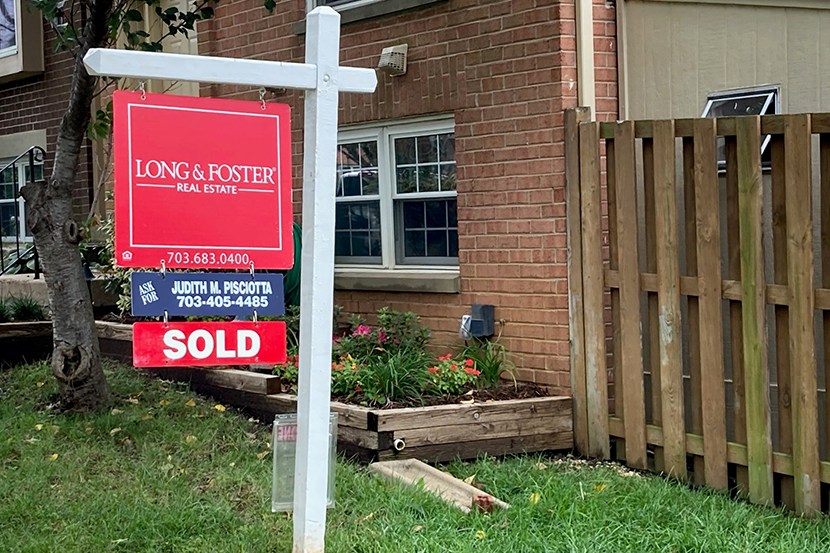 Welcome to the Friday Housing Report Roundup. In today’s edition:

Ellie Mae, Pleasanton, Calif., issued its monthly Origination Insight Report, noting refinances rebounded slightly in August, representing the majority of closed loans at 56 percent. The percentage of purchases dipped to 44 percent in August, down from 46 percent the month prior.

The report said FICO scores continued to increase to 2020 highs, rising to 752 for all loans, up from 750 the month prior. Closing rates increased slightly to 77.2 in August, up from 77.1 percent in July.

Ellie Mae CEO Joe Tyrrell said not only do low interest rates enable homebuyers to get more home for their dollar, it allows new homebuyers who might be waiting for a good deal to enter the market. “As lenders continue to manage high volumes, technology is bridging the gap to add efficiency to manual workflows behind the scenes while freeing up workforces to provide the human interaction that homebuyers demand,” he said.

“The combination of falling interest rates, employment numbers not yet impacted by COVID-19 and steady property appreciation all contributed to increases in the share of both refinances and conventional loans, which in turn drove the continued decrease in the overall critical defect rate observed in Q1 2020,” said ACES Executive Vice President Nick Volpe. “However, the last few weeks of the quarter encompassed the beginning of the COVID-19 pandemic, and given the economic impact of the pandemic on consumers, the number of early payment defaults increased, as one would expect.”

Volpe said early Q2 data shows the number of EPDs reviewed by lenders through ACES is 75% higher than the average monthly rate of EPD reviews for 2019. “Because an EPD review is triggered only when borrowers fall three or more payments behind, this indicates the industry is still in the early stages of the problem, and there is a high likelihood that the number of EPDs will continue to increase,” he said.

“Amid the chaos and uncertainty driven by COVID-19, data provides a clear path forward for lenders,” said ACES CEO Trevor Gauthier. “While the industry’s focus has been on managing the near-historic volumes, Q1 loan defect data also indicates that lenders must also turn their attention to the growing problem of EPDs, as this represents a significant operation and financial risk to their organizations.”

ATTOM Data Solutions, Irvine, Calif., released its second-quarter U.S. Home Flipping Report, showing 53,621 single-family homes and condominiums in the United States flipped in the second quarter. Those transactions represented 6.7 percent of all home sales in the second quarter, or one in 15 transactions down from 7.5 percent of all home sales in the nation during the prior quarter, but up from 6.1 percent, or one in 17 sales, a year ago.

The report noted, however, while the home-flipping rate dropped, both profits and profit margins rose. The gross profit on the typical home flip nationwide increased in the second quarter to $67,902, from $63,000 in the first quarter and from $61,900 a year ago.

The increase pushed profit margins up, with the typical gross flipping profit of $67,902 in the second quarter translating into a 41.3 percent return on investment compared to the original acquisition price. The gross flipping ROI was up from 38.9 percent in the first quarter and 40.4 percent a year earlier. The improvement in the typical ROI marked the first quarterly increase since third quarter 2018 and the first year-over-year gain since fourth quarter 2017.

“Home flipping was a study in contrasts in the second quarter of 2020, as the flipping rate went one way and profits went the other,” said Todd Teta, chief product officer with ATTOM Data Solutions. “Far fewer house hunters were out in the market looking for homes, which probably cut into the pool of potential buyers that investors could tap. But at the same time, home flippers who were able to close deals did better than they had done in a year and a half. That likely flowed in large part from extremely low interest rates that enticed buyers who remained employed and were willing to house-hunt within social distancing requirements.”

o          First-time homebuyers decreased by 18 percent from the previous quarter to a seasonally adjusted annual rate of 1.86 million in Q2, the slowest pace since 2016.

o          Lower rates helped to ease housing affordability. Mortgage rates for first-time homebuyers fell to 3.36% in June, the lowest point since 2012, reducing the monthly principal and interest cost by two percent from Q1.

o          The FHA market financed 30 percent of first-time homebuyers, down from 35 percent in the first quarter.

o          Nationally, the number of rate locks by first-time homebuyers increased by 55 percent between April and June; No states reported negative growth during this period.

“The COVID-19 pandemic pushed the U.S. economy into the sharpest recession on record in March. ,” said Tian Liu, Genworth Chief Economist. “The housing market also began correcting in April, resulting in an 18 percent decrease in the number of first-time homebuyers in the second quarter compared to the first quarter.  A quick rebound in May moderated the market decline.”

Black homebuyers, who are less likely than their white counterparts to have jobs that can be done remotely, face steeper home price increases as white homebuyers move to more affordable suburbs, said Redfin, Seattle.

“There may also be an increase in gentrification of neighborhoods where Black people bought homes,” said Redfin chief economist Daryl Fairweather, who authored the report. “Black people have struggled more than white people to make mortgage and rent payments during the pandemic. Investors may see that as an opportunity to buy up affordable homes and apartments and renovate them to appeal to wealthier buyers and renters, further reducing the number of affordable homes available to Black people.”

The report can be accessed at https://www.redfin.com/blog/black-homebuyers-more-impacted-by-housing-shortage-rising-prices/.

The Pew Charitable Trusts said the coronavirus outbreak has pushed millions of Americans, especially young adults, to move in with family members. The share of 18- to 29-year-olds living with their parents has become a majority since U.S. coronavirus cases began spreading early this year, surpassing the previous peak during the Great Depression era.

The report (https://www.pewresearch.org/fact-tank/2020/09/04/a-majority-of-young-adults-in-the-u-s-live-with-their-parents-for-the-first-time-since-the-great-depression/), authored by Richard Fry, Jeffrey S. Passel and D’Vera Cohn, said in July, 52% of young adults resided with one or both of their parents, up from 47% in February. The number living with parents grew to 26.6 million, an increase of 2.6 million from February. The number and share of young adults living with their parents grew across the board for all major racial and ethnic groups, men and women and metropolitan and rural residents, as well as in all four main census regions. Growth was sharpest for the youngest adults (ages 18 to 24) and for White young adults.

The report said young adults have been particularly hard hit by this year’s pandemic and economic downturn, and have been more likely to move than other age groups, according to a Pew Research Center survey. One-in-ten young adults (9%) say they relocated temporarily or permanently due to the coronavirus outbreak, and about the same share (10%) had somebody move into their household. Among all adults who moved due to the pandemic, 23% said the most important reason was because their college campus had closed, and 18% said it was due to job loss or other financial reasons.

Radian, Philadelphia, said home prices across the United States continued to climb in August, rising at an annualized 8.6 percent from the prior month, the second highest month-over-month rate of 2020, according to its Home Price Index released today by Red Bell Real Estate LLC.

The Radian HPI has risen at an annualized rate of 6.9 percent over the past six months (February to August), which was slightly higher than the increase of 6.3 percent recorded during the six-month period ending in July. These annualized increases represent the continuation of the general upward trend in home price gains

“Concerns of broad-based home price collapse as a result of COVID-19 have been overshadowed by the realities of changing borrower demands for housing, temporary government intervention, low mortgage rates and a substantial shortage of supply, resulting in strong appreciation in most parts of the country,” said Steve Gaenzler, Radian SVP of Data and Analytics. “Six months into the official U.S. pandemic, the median estimated home prices have actually risen more than 3.4 percent, or 6.9 percent when annualized, providing a completely unexpected boon for homeowners.”

Nationally, the median estimated price for single-family and condominium homes rose to $260,062. Since the onset of the U.S. pandemic six months ago, homes across the U.S. rose 6.9 percent, a slight decrease from the 7.4 percent rise in the prior six-month period ending in March.

As has been the case for most of the summer, low mortgage rates drove homebuyer demand, but the supply of homes for sale has fallen to another new low.

“The supply of homes is tighter than ever and home prices are growing at the fastest rate in years. Why isn’t this historic seller’s market holding back buyers?” said Redfin lead economist Taylor Marr. “Homeowners are just now deciding to sell; they were just a little late to the game. These new listings have supplied buyers with homes to purchase. High prices almost always eventually draw sellers to market and with record low rates, trading out your home for a new mortgage can be more attractive than refinancing.”

Median prices increased in every single one of the 85 largest metro areas Redfin tracks. nly two of the 85 largest metros tracked by Redfin posted a year-over-year increase in the count of seasonally adjusted active listings of homes for sale: San Francisco (75%) and New York City (10%). The sudden expansion of work-from-home policies due to the pandemic has led many people to flee these cities, two of the country’s most expensive housing markets.

To report can be accessed at https://www.redfin.com/blog/housing-market-news-august-2020.