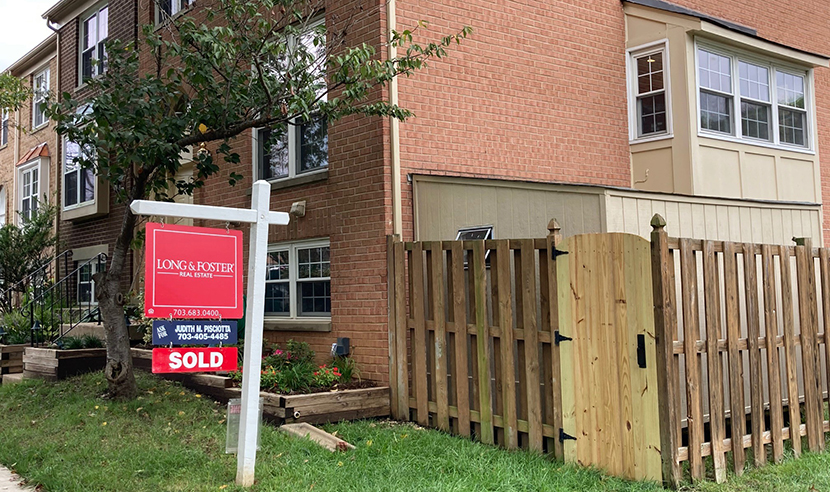 Another round of housing market reports came across MBA NewsLink’s desk over the past few days. Here’s a summary of what’s happening:

The rescissions, effective April 1, provide guidance to financial institutions on complying with their legal and regulatory obligations. With the rescissions, the CFPB is providing notice that it intends to exercise the full scope of the supervisory and enforcement authority provided under the Dodd-Frank Act. The CFPB is also rescinding its 2018 bulletin on supervisory communications and replacing it with a revised bulletin describing its use of matters requiring attention to effectively convey supervisory expectations.

“Providing regulatory flexibility to companies should not come at the expense of consumers,” said CFPB Acting Director Dave Uejio. “Because many financial institutions have developed more robust remote capabilities and demonstrated improved operations, it is no longer prudent to maintain these flexibilities.”

The rescinded policy statements were issued between March 26 through June 3, 2020, and temporarily provided financial institutions with flexibilities regarding certain regulatory filings or compliance with consumer financial laws and regulations. The rescissions announced today reflect the Bureau’s commitment to consumer protection, and the fact that financial institutions have had a year to adapt their operations to the difficulties posed by the pandemic

The report said both bank and non-bank servicers had been staffing up in response to an increase in the volume of coronavirus-related relief requests from borrowers. However, the trend was more modest in the fourth quarter as servicers reported that the high inbound call volume has stabilized and any excess resource capacity will be dedicated to other areas, such as loss mitigation, as business needs shift in the months ahead.

–Bank servicers experienced a decline of about 13% in active forbearance agreements as a percentage of all loss mitigation plans while non-bank servicers reported an increase of about 9%;

–Loan modifications as a percentage of all loss mitigation alternatives increased for both bank (12%) and non-bank servicers (2%) from last quarter as some initial forbearance relief periods expired;

–Borrowers on a repayment plan continue to trend downward as a percentage of all loss mitigation alternatives yoy;

Redfin Survey: Half of Americans Who Plan to Move Say Natural Disasters, Extreme Temperatures Factor into Decision to Relocate

Redfin, Seattle, said many Americans are factoring climate change into their decisions about where to live. Nearly half of respondents who plan to move in the next year said extreme temperatures and/or the increasing frequency or intensity of natural disasters played a role in their decision to relocate.

“Climate change is making certain parts of the country less desirable to live in,” said Redfin Chief Economist Daryl Fairweather. “As Americans leave places that are frequently on fire or at risk of going underwater, the destinations that don’t face those risks will become increasingly competitive and expensive for homebuyers.”

Fannie Mae, Washington, D.C., said its most recent National Housing Survey indicates consumers continue to see homeownership as an excellent investment, with a majority believing that buying a home combines the safety of a savings account with the potential of stocks.

–           These numbers have remained relatively consistent over the last 10 years of NHS data collection, including during the pandemic. Americans appear to have an ingrained belief that housing investments are almost as safe as a money market or savings account, but also that they have the growth potential of a stock investment.

–           Consumers also value homeownership for non-monetary reasons, with emotional and tangible aspects perhaps contributing to the opinion that owning a home is an investment with “a lot of potential.” Generally speaking, this is something that other investments (e.g., stocks, bonds) or renting may not provide. Ninety percent of consumers say owning a home “gives a sense of privacy and security;” and 89% say it allows for “a good place to raise your family,” compared to renting a home. The reasons may vary, but the experiential aspects of owning a home likely play a role in its high perceived value.

Redfin: Homes Sell At Fastest Pace on Record—59% Under Contract Within 2 Weeks

•           Active listings (the number of homes listed for sale at any point during the period) fell 42% from the same period in 2020 to a new all-time low. This is the largest decrease on record in this data, which goes back through 2016.

•           59% of homes that went under contract had an accepted offer within the first two weeks on the market. This is a new all-time high for this measure since at least 2012 (as far back as Redfin’s data for this measure goes). During the 7-day period ending March 28, 61% of homes sold in two weeks or less.

•           47% of homes that went under contract had an accepted offer within one week of hitting the market, a record high and up from 33% during the same period a year earlier.

•           41% of homes sold for more than their list price, an all-time high and 16 percentage points higher than the same period a year earlier.

•           The average sale-to-list price ratio, which measures how close homes are selling to their asking prices, increased to 100.4%, a recprd high and 2 percentage points higher than a year earlier.

•           For the 7-day period ending March 28, the seasonally adjusted Redfin Homebuyer Demand Index—a measure of requests for home tours and other services from Redfin agents—was up 148% from the same period a year ago, when housing demand was near the lowest point it would hit during the pandemic. Compared with the same one week period in 2019, demand is up 57%.

Federal Agencies Seek Views on Use of Artificial Intelligence

Five federal financial regulatory agencies are gathering insight on financial institutions’ use of artificial intelligence. The agencies seek information from the public on how financial institutions use AI in their activities, including fraud prevention, personalization of customer services, credit underwriting and other operations.

The Federal Reserve Board, the Consumer Financial Protection Bureau, the Federal Deposit Insurance Corp., the National Credit Union Administration and the Office of the Comptroller of the Currency announced the request for information to gain input from financial institutions, trade associations, consumer groups, and other stakeholders on the growing use of AI by financial institutions. More specifically, the RFI seeks comments to better understand the use of AI, including machine learning, by financial institutions; appropriate governance, risk management, and controls over AI; challenges in developing, adopting, and managing AI; and whether any clarification would be helpful.

Comments will be accepted for 60 days following publication in the Federal Register.

The report said nearly three-quarters of the 100 largest U.S. markets saw annual home price growth of 10% or more, with 75% of ZIP codes rated either “Strong” or “Hot” based on underlying market metrics.

Black Knight said sharp rises in both home prices and interest rates have driven affordability to its lowest point since mid-2019. It now takes 20% of the median household income to make monthly payments on an average-priced home – back to the 5-year average but still stronger than the 20-year average of 23.4%. Thus far in 2021, new listing volumes have failed to make up for the shortfall of 2020 and were down 16% and 21% year-over-year in January and February, respectively. The 125,000 fewer listings over the first two months of 2021 compared to 2020 have pushed for-sale inventory 40% below last year’s level and trending in the wrong direction.

Fitch Ratings, New York, said national home prices rose by more than 10% last year, the highest annual growth in over six years, and are now overvalued by 8.2% on a population-weighted average basis. This estimate compares with Fitch’s estimate of 5.5% in 3Q20.

“Home prices are now overvalued by 10% or more in over one-third of the country’s metropolitan statistical areas,’ said Fitch Ratings Senior Director Suzanne Mistretta. “Favorable mortgage rates and demand/supply imbalance are causing home prices to continue to accelerate even as unemployment levels flattened and personal income levels received a boost from a new round of fiscal stimulus.”