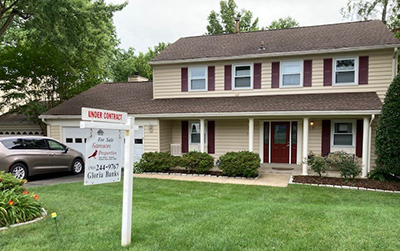 It’s another busy week for housing reports—and it’s only Tuesday! Here are some reports of interest that crossed the MBA NewsLink desk:

RE/MAX, Denver, said August home sales dropped 3.5% from July’s total – and the median sale price slipped by1.2% to $335,000 – as seasonal norms suggested the hyperactive homebuying and selling months could be easing.

“The slight seasonal decline in home sales from July to August was countered by this being the second-highest August sales total in the 13-year history of our report,” said Nick Bailey, President of RE/MAX LLC. “So, although we appear to be past the blistering summer peak, the market is still very active.”

Bailey added the drop in home prices might signal to potential sellers that it’s time to get off the fence in case they fall further, which in turn could draw more buyers back into the mix. “In any case, it seems likely that the combination of super-quick sales and a severe lack of inventory will be with us for the foreseeable future,” he said.”

ACES Quality Management, Pompano Beach, Fla., said the downward trend in critical defects continued in in the first quarter, ending at 2.01% from 2.09% in the fourth quarter.

ACES CEO Trevor Gauthier said declines in the Regulatory Compliance and Loan Documentation categories show that lenders are self-correcting and stabilizing their operations.

“The declines observed in not only the overall critical defect rate, but also in EPDs and the Regulatory Compliance and Loan Documentation defect categories speak to an industry that has made considerable strides to course-correct after the tumultuous year that was 2020,” said ACES CEO Trevor Gauthier. “Unfortunately, 2021 may not prove to be any less challenging, which places even greater emphasis on lenders’ defect tracking and reporting efforts to remain ahead of the curve and adjust their operations as necessary to stay on track.”

The report also said refinance review share continues to be strong, and defect performance has improved. Conventional loans dominated while defect performance declined. Early Payment Defaults fall below pre-pandemic levels in a hopeful sign that the worst is behind us, though we remain cautious about loans exiting forbearance status.

“With Q1 2021 marking a second consecutive quarter of decline in the critical defect rate, the record spike observed in Q2 2020 appears to have been a one-off increase, which is encouraging,” said ACES Executive Vice President Nick Volpe. “However, lenders and servicers should still proceed with caution, as declines in gain-on-sale, the conclusion of the eviction moratorium, persistent inflation and a potential default wave as forbearances come to an end all have the potential to trigger industry disruption.”

Home value appreciation, which had accelerated every month since January, finally moderated from 1.97% month-over-month growth in July down to 1.75% growth in August, the Zillow Market Report said.

“The strong recovery of inventory and initial lift off the gas pedal for home value appreciation is indicative of balance returning to the market,” said Nicole Bachaud, Economic Data Analyst with Zillow. “But the major demand drivers that have pushed the market to extremes this year are still present–we’re moving from a white-hot midsummer to somewhere closer to red hot as we head into the fall.”

Fitch noted while hurricanes could negatively affect loan performance if damage is severe and widespread or if recovery is prolonged, RMBS and CMBS loan deterioration is mitigated by servicer advancing, insurance coverage and pool diversification.

The report said the impact of Ida and Nicholas on residential mortgage performance can be compared with prior hurricanes, notably Dorian, Harvey, Irma and Maria, the effects of which were temporary, with delinquencies returning to or near pre-storm levels within 12 months.

The geographic diversification of residential mortgage pools mutes the effect of increased delinquencies due to natural disasters, which have not affected RMBS ratings over the last 30 years. In addition, loan performance is supported by private insurance, federal disaster funding and economic stimulus as a result of recovery.

Should hurricane damages cause relocations, Fitch said, homes, hotels, multifamily and self-storage properties without damage in or close to affected areas could outperform given reduced supply in those areas that sustained damage.

The company’s Economic and Strategic Research Group’s September commentary now projects full-year 2021 real GDP growth to clock in at 5.4 percent, down from its previous forecast of 6.3 percent, anticipating instead that much of the previously projected second-half 2021 growth will take place in 2022, for which it upgraded its economic growth forecast from 3.2 percent to 3.8 percent. Inflation continues to be a key concern, as well, with the ESR Group forecasting the Consumer Price Index to end the year at an annualized pace of 5.4 percent and remain above 5 percent until the second quarter of 2022.

Fannie Mae Chief Economist Doug Duncan said The pullback of recent transitory inflation drivers, such as the surge in used auto prices, is expected to be partially offset by longer-lasting wage and housing-related pressures. Principal risks to the forecast include the ongoing behavioral response of consumers to COVID developments, the duration of labor scarcity and supply chain constraints, and policymakers’ fiscal and monetary actions.

The report said supply constraints also continue to impede the housing market. While existing home sales recently came in stronger than expected, other indicators of home sales activity, including purchase mortgage applications and pending home sales, point to near-term softening. However, the lack of inventory of homes for sale continues to be the primary impediment, with the months’ supply of inventory near historical lows and the pace of new listings too low to sustain the current sales pace. Home construction is also being held back by supply problems, and as such the ESR Group downgraded its expectations for fourth quarter new home sales from 846,000 units to 789,000 units. The forecast for purchase mortgage originations was little changed for 2021 but now envisions a 6.3% increase for 2022; meanwhile, refinance origination volumes are expected to decline from a 58 percent share of total mortgage origination activity to 40 percent in 2022.

Freddie Mac, McLean, Va., released an analysis showing appraisal values are more likely to fall below the contracted sale price of a home in census tracts with a higher share of Black and Latino households, resulting in an appraisal gap.

The analysis also shows the extent of that gap increases as the percentage of Black and Latino individuals in the census tract increases. The research is based on 12 million appraisals for purchase transactions submitted to Freddie Mac between 2015 and 2020 through the Uniform Collateral Data Portal.

“An appraisal falling below the contracted sale price may allow a buyer to renegotiate with a seller, but it could also mean families might miss out on the full wealth-building benefits of homeownership or may be unable to get the financing needed to achieve the American Dream in the first place. This is a persistent problem that disproportionately impacts hundreds of thousands of Black and Latino applicants,” said Michael Bradley, senior vice president of modeling, econometrics, data science and analytics in Freddie Mac’s Single-Family division.

(Michael Tucker contributed to this report.)