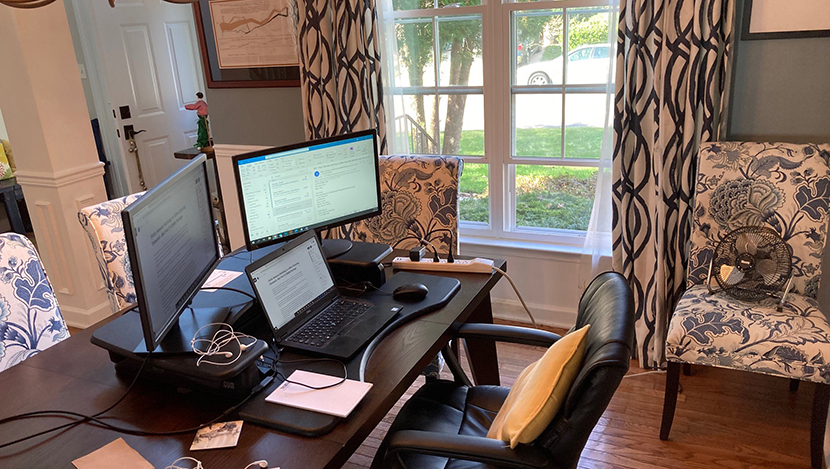 Fitch Ratings, New York, said while remote working in the U.S. accelerated as a result of the coronavirus pandemic, and is reducing the importance of proximity to offices and causing migration from urban to suburban and exurban areas, it does not expect any material effect on the credit quality of its rated U.S. residential mortgage-backed securities pools.

“We do not expect this shift in housing demand to have material effect on the credit quality of Fitch-rated US RMBS pools, because they are typically geographically diversified, and ratings reflect stress scenarios that apply severe home-price declines to all properties in the portfolios,” Fitch said.

The report said the housing preferences shift following the pandemic is expected to endure as the remote-working trend becomes permanent. “Working from home has proved to be viable and efficient for a large percentage of jobs in developed economies, including the US. Improved technology and internet access make widespread working from home possible, weakening the influence of workplace proximity on housing choices and widening the spectrum of feasible housing options to nonurban areas that offer more space for less money,” Fitch said.

However, Fitch said it expects a large number of people working from home will do so on a part-time basis over the long term, so proximity to employment will remain an important factor in where people live. “As a result, housing prices in areas that are still within commuting distance to urban commercial districts have seen the greatest increase and are expected to remain elevated relative to pre-pandemic levels,” the report said.

These trends are visible in home purchase activity data, the report noted: over the past decade, the urban-core of the U.S. has accounted for more than 75% of all home purchase activity, but this has declined since the onset of the pandemic, which Fitch said expects to settle into a “longer-term trend.”

“While we have seen early indications of home price changes based on density, we expect home price changes in most areas to be curbed in the long run by the effects of the global recession and potential related credit tightening,” Fitch said. “This will weigh on the households’ ability to transform changed housing preferences into actual home purchases, in spite of the positive influence of low interest rates on affordability.”

Fitch-rated U.S. RMBS pools largely consist of suburban properties, it said, “and therefore performance is expected to be bolstered by strong housing demand in these areas. The vast majority of Fitch-rated US RMBS mortgage portfolios are well-diversified geographically, with less than 5% of the portfolio containing any notable geographic concentrations. For private label RMBS issued after 2010, less than 5% of pools have a substantial geographic concentration risk where Fitch makes at least a 10% loss adjustment. Furthermore, only two metropolitan statistical areas account for more than 4% of the rated mortgage portfolio.”

The report can be found at https://infogram.com/us-rmbs-portfolio-by-pop-density-1h7z2lym8wje4ow.