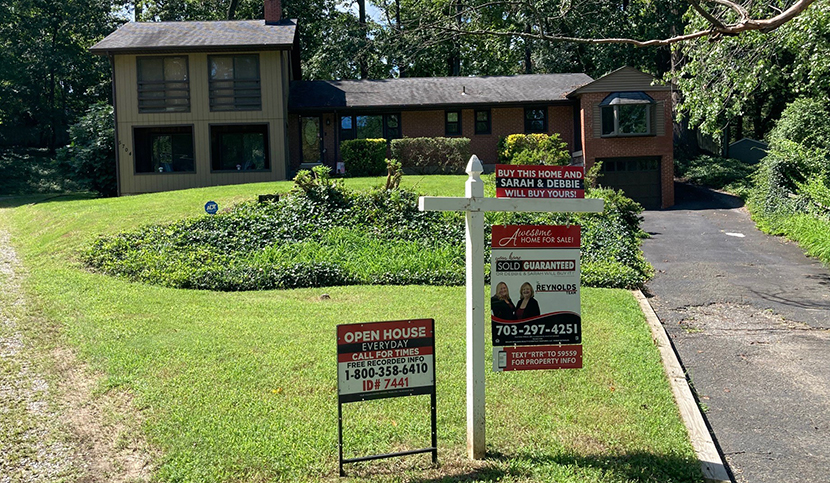 Among the many housing reports that came across our desk this week: Genworth Mortgage Insurance said 2020 was the “best year on record” for first-time home buyers; Radian said February home prices accelerated; Black Knight reported mortgage delinquencies rose for the first time in nine months; and Redfin said the home-buying process is becoming a headache for many consumers.

“Out of 2020 came a housing boom with rapidly rising home prices and a new construction boom in single-family homes,” said Genworth Chief Economist Tian Liu. “More recently, despite the COVID-19 pandemic and a deep recession, the U.S. housing market has staged an unexpected and strong rebound in the second half of 2020, resulting in a record number of first-time homebuyers.”

Liu said the pandemic and resulting economic impact increased housing demand in many ways. “Working from home, remote learning and other social distancing measures have forced homes to become the end all be all, ultimately resulting in an increase in a home’s value to homebuyers,” he said. “Large expenditures on travel, leisure, entertainment and personal services have decreased significantly throughout the pandemic, freeing up disposable income to be used toward housing.”

Radian, Philadelphia, said home prices across the United States rose at a faster pace in February than in January and continued to appreciate at higher than 2020 average monthly rates.

“It is crystal clear that home values have withstood the most severe pandemic in generations,” said Steve Gaenzler, Radian Senior Vice President of Data and Analytics. “While the general economy struggled and unemployment rose, millions of Americans saw their property wealth increase during a time of great personal and economic stress.”

The report said nationally, the median estimated price for single-family and condominium homes rose to $272,186, representing a more than $20,800 increase over the $251,384 median estimate at the end of February 2020. Across the U.S., home prices nationally rose 9.3 percent over the last six months, a strong increase over the prior six-month appreciation rate of just 6.9 percent.

All U.S. regions reported positive price appreciation in residential markets in February 2021. The Mid-Atlantic and Northeast were particularly resilient in what are normally down months for housing activity. While their appreciation rates were comparable to those recorded over the last four months, it is more common to see some slowing of appreciation during winter months in these markets. The Midwest did record the weakest Regional appreciation rate and was weaker than prior months. The Southwest and West regions captured the top performing Regions in February.

Black Knight said the rise was largely calendar-related, as February is both a short month and ended on a Sunday – cutting the days on which payments can be processed – which has historically impacted performance metrics.

The report said delinquency rate increases were seen broadly across portfolios, geographies and asset classes. The increase was primarily seen in early-stage delinquencies, while the number of loans 90 or more days past due but not yet in foreclosure (including those in active forbearance) saw a modest decline.

Redfin, Seattle, said the average home in the Austin metro sold for 7.1% above its asking price during the four weeks ending March 14, the biggest premium of the 47 metros included in Redfin’s analysis of recent home sales, and  up 8 percentage points from a year ago when the average Austin home sold for 0.9% below its asking price.

“Nearly every offer my clients make faces competition, and most homes are going for more than 20% over asking price,” said Austin Redfin agent April Miller. “I recently submitted an offer on behalf of a client for a remodeled three-bedroom, two-bathroom home listed at $515,000. We offered $100,000 over asking price and waived the appraisal and financing contingencies, and we still came in third out of 38 total offers. Every single potential buyer offered more than the asking price, and four of the offers were $100,000 or more over.”

Nationwide, the average home in the U.S. sold for exactly 100% of its list price during the four weeks ending March 14—a record high. That compares to an average of 1.8% belowits list price a year earlier. This is the first time the average U.S. home has sold for the same as or above its list price since Redfin started tracking this data in 2016.

The average home in the San Jose metro sold for 5.5% above its asking price in the four weeks ending March 14, the second-biggest premium of the metros tracked by Redfin, after Austin. That is followed by Seattle (5.3%), San Francisco (5%) and Sacramento (2.7%). Although some Bay Area remote workers are moving away from the region to more affordable parts of the country, residential neighborhoods in the San Jose and San Francisco metros remain competitive.

The average home in the Miami metro sold for 4% belowits asking price in the four weeks ending March 14, the biggest discount of the metros tracked by Redfin. Even so, Miami’s housing market has been hot during the pandemic, particularly for high-end homes. Homes selling below their list price reflects market norms in the area.

In a separate report, Redfin said many homebuyers are finding that they must tour more homes, cut bigger checks and waive more contingencies in order to win. Remote work and low mortgage rates have prompted scores of Americans to buy homes during the pandemic, and this has resulted in a severe housing shortage that’s fueling record-high prices and cutthroat competition.

“The surge in home prices actually hasn’t resulted in higher monthly mortgage payments for most buyers because it has been offset by low mortgage rates, but it has driven up down-payment costs,” said Redfin Chief Economist Daryl Fairweather. “This is likely putting homeownership out of reach for many cash-strapped first-time buyers who can’t afford to put an additional $9,000 down.”

In addition to spending more on down payments, homebuyers have been boosting their bids. During the last six months, 1 in 3 buyers (34.4%) paid more than the seller’s original asking price, up from 1 in 5 buyers (21.2%) a year earlier.

More than half (53%) of home sales in the past six months were paid for using conventional loans, or loans that are provided by private lenders and not backed by the federal government. That’s up from 49.7% a year earlier. The portion of sales financed with jumbo loans, which are regularly used for purchases of higher-end homes, increased to 6% from 5.5%. Slightly more than a quarter (25.9%) of home purchases were paid for exclusively in cash, little changed from before the pandemic.

Homebuyers toured 14 homes on average during the last six months, up from 13 homes a year earlier. From start to finish, the homebuying process took a median of 96 days, compared with 91 days during the same period the prior year.