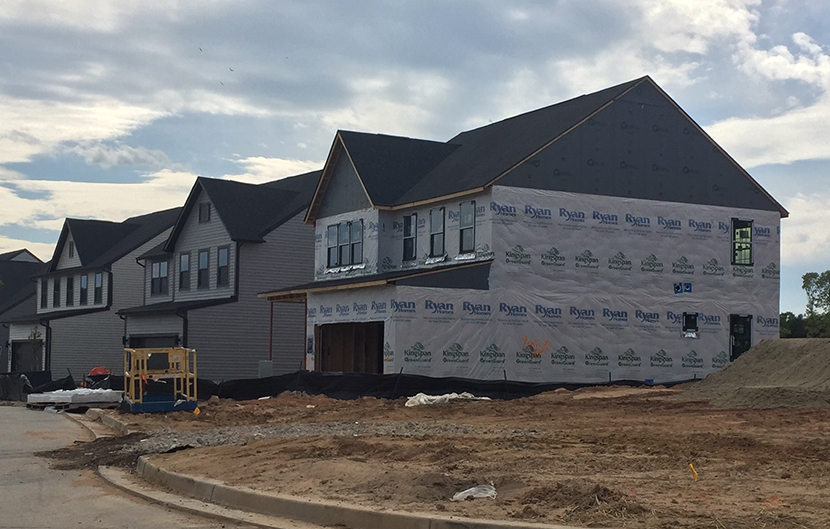 Housing starts, which fell by more than 22 percent in March, fell by another 30 percent in April to the lowest level since 2013 as the economic effects of the coronavirus pandemic slammed home.

HUD and the Census Bureau yesterday reported privately owned housing starts in April fell to a seasonally adjusted annual rate of 891,000. This is 30.2 below the revised March estimate of 1.276 million and nearly 30 percent lower than a year ago (1.267 million). Single-family housing starts in April fell to 650,000, 25.4 lower than the revised March figure of 871,000. The April rate for units in buildings with five units or more fell to 234,000, down by 40.3 percent from March and down by 38.6 percent from a year ago.

“Both single-family and multifamily starts dropped over the month due to the impacts from COVID-19-related social distancing efforts and declining construction activity,” said Joel Kan, MBA Associate Vice President of Economic and Industry Forecasting. This was the lowest level of overall housing construction since 2013 and is in line with the 12 percent year-over-year drop reported in MBA’s Builder Application Survey last week. Permits for new construction were also down significantly over the month, but completions did not decline to the same extent, as projects in many parts of the country were allowed to continue.”

Kan noted while the MBA forecast calls for a rapid rebound in housing activity later in the year as homebuyer traffic returns, housing supply remains very tight. “Today’s news – combined with the April employment report showing almost one million construction job losses – may potentially slow the rebound in new construction that will be needed to completely revive the housing market,” he said.

“In April, the housing market data reflects the depth and severity of an economy put into a medically-induced coma,” Kushi said. “Housing starts data is no exception, as permits, starts, and completions fell by double digits relative to one year ago. Today’s numbers indicate less supply may be on the market to meet a late blooming home-buying season. Yet, there is a bright spot. Home builder confidence increased in May after April’s record-breaking decline, as builders responded to low mortgage rates and a rise in purchase applications indicating that potential home buyers are back in the market to buy.”

Looking ahead, Kushi said, “housing starts are a strong indicator of future demand because homebuilders are reluctant to break ground on new projects if they fear there will be no one there to buy it. All signs in the housing market are pointing to a rebound, and monitoring home builder activity will be key to gauging the recovery: if you’ll buy it, they will build it.”

Housing starts were horrible in April—but what wasn’t?” Vitner said. “April’s 30.2% decline in housing starts was widely expected and the underlying data confirm our thesis that homebuilding will prove surprisingly resilient during this recession. April’s decline largely reflects plunges in building activity in large states, some of which did not deem home construction an essential business. But activity also pulled back even in states where homebuilding was deemed essential, as builders grew cautious amidst a nearly complete lull in demand as well as growing concerns about apartment tenant demand and the ability to collect rents. As more information became available, however, builders became more confident.”

Vitner said builders still had “plenty of work” during April, “and many projects will likely be stretched out as builders maintain social distancing practices and limiting the number of subcontractors in a home at any given time.”

HUD said privately owned housing units authorized by building permits in April fell to a seasonally adjusted annual rate of 1.074 million units, 20.8 percent below the revised March rate of 1.356 million and down 19.2 percent from a year ago (1.33 million). Single-family authorizations in April fell to 669,000; 24.3 percent below the revised March figure of 884,000. Authorizations of units in buildings with five units or more fell to 373,000 in April, down by 12.4 percent from March and down by 22.6 percent from a year ago.