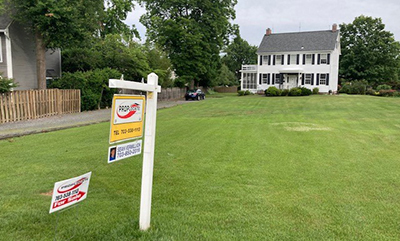 Here’s a summary of housing market reports that came across the MBA NewsLink desk this week:

The drop-off in typical profit margins, from 57.6 percent in the second quarter, came as the median national home value fell by 3 percent quarterly, to $340,000.

“Rapidly-rising mortgage rates have not only resulted in fewer home sales, but have begun to impact home prices as well,” said Rick Sharga, executive vice president of market intelligence with ATTOM. “With rates the highest they’ve been in over 20 years, homebuyers face serious affordability challenges, with monthly payments in some markets up 50 percent year-over-year. It’s very likely that home prices will continue to weaken in many markets in the coming months.”

The report said typical investment returns for home sellers did remain up from 48.8 percent in the third quarter of 2021 and were still at near-record levels for this century – some 20 points higher than just two years earlier. The national median home price also stayed near its record high—more than double where it stood a decade earlier.

Gross profits also decreased from the second quarter to the third quarter, dropping 6 percent on the typical single-family home and condo sale across the country to $120,100. That quarterly decrease was the largest since early 2017.

Redfin, Seattle, said home sales and listings in September both slumped the most on record with the exception of the early months of the pandemic as rapidly rising mortgage rates prompted both buyers and sellers to stay put.

The report said homes sold dropped 25% year over year while new listings fell 22%—the largest declines since May 2020 and April 2020, respectively, when the onset of the pandemic brought the housing market to a near halt.

“The U.S. housing market is at another standstill, but the driving forces are completely different from those that triggered the standstill at the start of the pandemic,” said Redfin Economics Research Lead Chen Zhao. “This time, demand is slumping due to surging mortgage rates, but prices are being propped up by inflation and a drop in the number of people putting their homes up for sale. Many Americans are staying put because they already relocated and scored a rock-bottom mortgage rate during the pandemic, so they have little incentive to move today.”

The report noted while the median home-sale price fell by 0.5% month-over-month in September, it still rose by 8% on a year-over-year basis to $403,797.

“The housing market is going to get worse before it gets better,” Zhao said. “With inflation still rampant, the Federal Reserve will likely continue hiking interest rates. That means we may not see high mortgage rates—the primary killer of housing demand—decline until early to mid-2023.”

Zillow, Seattle, reported the housing market continued to cool in September, though rebalancing from monumental appreciation is producing vastly different conditions depending on region and metro. Affordability issues are driving the pullback in activity; steep prices mixed with high and volatile mortgage rates have stunted sales and frozen current owners in their homes, reducing the flow of new inventory.

“The late-summer mortgage rate reprieve brought a short-lived surge of buyers back into the market, proving that many priced-out home shoppers are poised to buy when homeownership becomes more affordable,” said Jeff Tucker, senior economist at Zillow. “Unfortunately, shoppers this winter are more likely to contend with mortgage rates in the ballpark of 7%, making even this summer’s rising rates look modest by comparison. Still, as many rate-sensitive shoppers stay sidelined, those who forge ahead now will find more options and more eager sellers than anytime since the pandemic began.”

Zillow said total inventory is now 3% above levels a year ago, but remains 38% below that of 2019.

The rule proposes to transition existing FHA-insured forward and Home Equity Conversion Mortgage Adjustable-Rate Mortgages from the London Interbank Offered Rate to a spread-adjusted Secured Overnight Financing Rate index (after the one-year and one-month LIBOR indices cease to be published on June 30, 2023).

Additionally, the rule proposes to remove LIBOR and add SOFR as an approved index for newly originated forward ARMs. This change was made for HECM ARMs in Mortgagee Letter 2021-08 and added to this proposed rule. For HECM monthly ARMs, the proposed rule makes clarifying regulatory changes and establishes a lifetime five percent interest rate cap.

The proposed rule can be found here.

“In addition to the greater affordability constraints for potential homebuyers, many existing homeowners likely feel ‘locked-in’ to their existing, lower interest-rate mortgages,” said Doug Duncan, Fannie Mae Senior Vice President and Chief Economist. “This contributes to fewer homes being listed, as well as fewer potential buyers, and may lead to a growing share of listings having to cut prices to meet the reduced demand. Furthermore, the supply of completed, new single-family homes for sale has begun to rise, suggesting that homebuilders may also need to begin offering greater price concessions to move inventory. We expect these trends to continue in the coming months.”