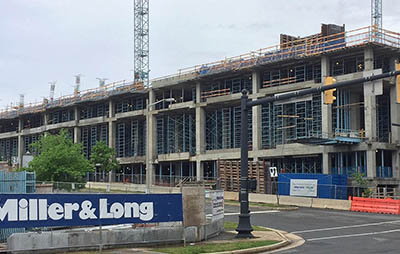 Commercial and multifamily mortgage loan originations increased by 72 percent in the first quarter from a year ago, the Mortgage Bankers Association reported Thursday.

However, the MBA Quarterly Survey of Commercial/Multifamily Mortgage Bankers Originations also reported originations during the first three months of 2022 were 39 percent lower than in the fourth quarter, which MBA said is typical on a seasonal basis.

“The strong momentum in commercial and multifamily borrowing and lending at the end of 2021 carried into the first quarter,” said Jamie Woodwell, MBA Vice President of Commercial Real Estate Research. “The continued growth in lending activity is the result of the ongoing strong demand for certain property types like industrial and multifamily, as well as renewed interest in other property types that saw more dramatic declines during the early stages of the pandemic, such as hotel and retail.”

Woodwell cautioned, however, the likely rise in interest rates could take some wind out of the sails of borrowing in upcoming quarters. “But strong market fundamentals, property values and investor interest should continue to support the market,” he said.

1Q Originations Up 72% from Year Ago

As is typical in the first quarter, originations decreased from the fourth quarter, with total activity falling 39 percent. Among property types, declines were seen in office (48 percent), multifamily (41 percent), hotel (38 percent), retail (32 percent) and industrial (29 percent). Health care properties, however, increased by 17 percent.