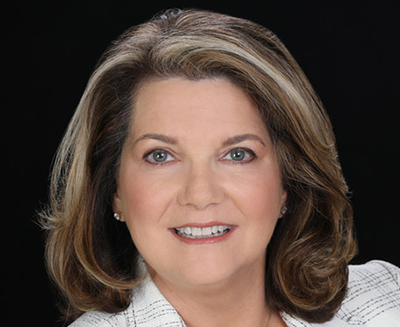 Christy Moss, CMB, has spent 35 years in housing finance with the singular goal of leaving the industry better than she found it.

The former “face of Fannie Mae,” who helped hundreds of the GSE’s lenders gain seller status, is now doing just that as the head of sales and marketing at FormFree, a verification technology provider.

Using the technology takes the verification process down from about four hours to 30 seconds, providing the GSEs, lenders and the industry at large broader access to data that supports not only credit decisioning, but also risk mitigation, servicing and cost reduction.

“It’s technology that’s making the entire market more efficient and helping to drive down costs,” says Moss, who admits the mortgage industry can be slow to adapt to change. “If we can improve the borrower experience, create operational efficiency as well as improve margins this helps the entire housing finance system function more efficiently for the lender and the consumer, this is the direction we need to go.”

FormFree has also been a leader in introduction of blockchain technology into the mortgage marketplace with its Passport Token, a non-fungible token that allows consumers to share their “financial DNA” safely and securely with prospective credit providers.

NFTs, a form of blockchain, can’t be transferred, opened or shared with anyone not meant to have it. The technology reduces fraud while delivering only the data required for the loan decision, making it easier for lenders to avoid biases that can occur when they are privy to extraneous data.

“If we can take the bias out of this business and give the lender a deeper view into the borrower’s ability to pay, that data becomes valuable and actionable,” Moss says.

Since bringing on Moss, FormFree has earned a place on both the Inc. 5000 and Deloitte Technology Fast 500 rankings. These revenue-based achievements further illustrate the impact that Moss’ tech-forward sales and marketing strategies have had on FormFree’s annual growth.

Moss’ enthusiasm, worldview and industry expertise combine to make her an ideal recipient for the MBA NewsLink 2022 Tech All-Star Award. “Being part of the digital transformation in this industry is something I’m proud of — plus I’m having so much doggone fun,” she says.

Falling in Love with Tech

Early in her career, Moss cultivated a deep understanding of both origination and the secondary mortgage markets during a cumulative 21 years at CitiMortgage, Wachovia and GE Capital Mortgage Services.

She joined Fannie Mae in 2008, where she managed lender accounts and became heavily involved in the 2016 launch of Day 1 Certainty, which she calls “the digital disruption of our industry.”

“Day 1 Certainty took the industry from a paper-intensive one to one where we could utilize data to create a better borrower experience, reduce risk, and make the lending process more efficient,” Moss said. “My job was to introduce Day 1 Certainty to the marketplace, so I had to be a fast learner. I had to understand what everything meant and how it related to the consumer and to the lender.”

It was in 2016, when FormFree became Fannie Mae’s first designated vendor for asset verification under Day 1 Certainty, that Moss really came to understand all the ways instantaneous asset history could benefit the industry. “I picked up the phone and called Brent Chandler, FormFree’s CEO, who gave me an education on the product and its potential,” she says.

Chandler explained what a real-time understanding of consumers’ ability to pay could do for everyone who touches a loan — not just the consumer, but also the lender, including the loan officer, the processor, and the underwriter. “I thought ‘this is brilliant.’ This makes all the sense in the world in an industry that is trying to lower costs and do more with the staff that we have and give consumers the best human experience possible with their loan officer,” Moss said.

Chandler’s long-term vision for democratizing credit decisioning via NFT captivated Moss, who recalls it as the moment she “fell in love” with technology. In 2019, she accepted a role as FormFree’s director of partner relationships and was swiftly promoted to her current role.

Moss’ career has been unusual, to say the least. She started in the mortgage industry in 1988. Some 35 years later, she’s held a series of industry leadership roles and earned a certified Mortgage Banker (CMB) designation, an industry standard of professional success from MBA.

Moss, who was at Fannie Mae when she earned her CMB, was among the first Fannie Mae employees to gain the designation. There are now more than 14 CMBs at Fannie Mae, she says, and the percentage of women earning their CMBs in the industry has risen significantly.

Moss, a long-time MBA member, served as MBA liaison while at Fannie Mae. “It gave me firsthand insight into everything MBA does, especially its focus on member education and giving the industry ‘One Voice,’” she said. “It also let me work with the technology folks at MBA to raise awareness of what was available so they could disseminate that information.”

Moss is the mPower advocate on MBA’s MAA (Mortgage Action Alliance) committee. “It’s important that we understand current legislative issues and how those actions will affect our industry, our companies and our jobs,” she said.

Moss advocates for women’s financial literacy and independence. She’s passionate about mPower (MBA Promoting Opportunities for Women to Extend their Reach), MBA’s networking organization for women. “Having a group to help all women in this industry — ‘seasoned’ and newcomers alike — is so important,” she says. “With mPower, we can connect and lean on each other, develop our skill sets, and learn to raise our hands to highlight the great things we’re doing.”

Her dedication to expanding women’s roles in the financial sector is widely known and has been featured in Mortgage Women magazine, Housing Finance Strategy’s Women in Leadership interview series and Roostify’s Women & Wealth series. Moss’ technical expertise has earned her a number of accolades. She was named a Mortgage Star by Mortgage Women and a Housing Industry Icon by Mortgage Professional America.

Moss has also been honored in NEXT Mortgage Events’ Powerhouse Awards program and has presented to thousands of mortgage professionals each year as a participant in webinars and speaking engagements at MBA, state MBA, mortgage trade organizations and lending cooperative events. State MBA organizations such as the CMBA, TMBA and FLMBA have come to rely on Moss to inform educational content and conference panels that keep lenders’ finger on the pulse of the digital mortgage revolution.

An Ear to the Ground

Moss notes the most important aspect of her work is “making a difference.” The majority of her time at FormFree is spent working with lender partners, integration partners, agencies and strategic partners.

“One of the benefits we offer our partners is that our team is dedicated to helping lenders ‘do business better,’” she said. “I really enjoy working directly with lenders to share our story and the benefits of our products not just at the transactional level, but at the organization’s strategic level: their bottom line, their operational efficiency and how that impacts their employees to make the entire company better.”

“When you realize the impact of the housing finance system on the broader U.S. economy, we have a very important role to play,” she addws. “I look at our industry from a holistic perspective down to the level of homebuyers and homeowners, and I see an opportunity for technology to improve a system that’s important to all of us. I want to leave this industry better than I found it. Part of this change is to have the industry embrace technology that has been around for years and working with partners like Fannie Mae and Freddie Mac to make sure that change is implemented and proves effective.”

Part of that mission includes “democratizing lending for all humanity.”

“What that means for us is taking the bias out of credit evaluation. Because we give the lender a deep view of the consumer’s ability to pay, they can lend out fully to investor guidelines,” she says. “We’re not saying to take on more risk, but just to lend to the guidelines that are already out there.”

She feels strongly that movers and shakers in housing finance are there because “it’s the right thing to do.”

“We are working diligently with regulators and industry partners to help democratize lending for all consumers through data intelligence and technology,” she says. “Our products and data intelligence will help drive financial inclusion and credit expansion in housing in a safe and thoughtful manner.”

“Since the financial crisis, I’ve seen a deeper commitment from the industry as a whole to do business better for the consumer, for the lender, and for the investor, because it all rolls up and supports a stronger economy for the country. We all play a significant role, and if we’re putting our efforts to good use, to help people, that’s the feel-good part.”