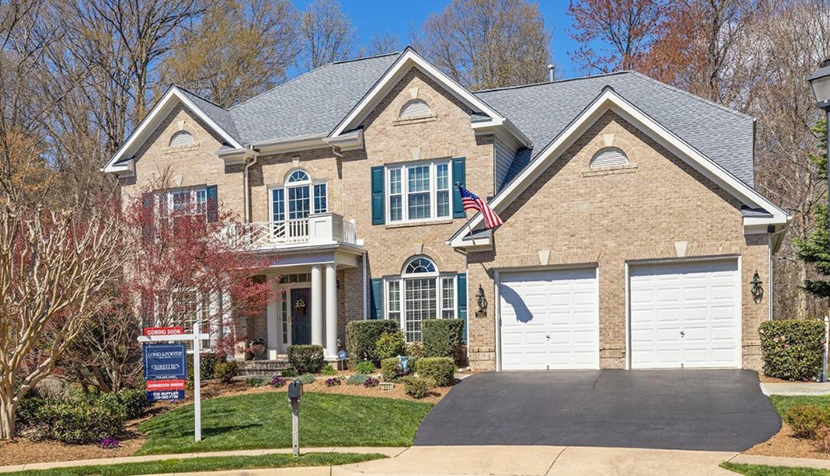 Here’s a summary of some of the latest housing and economic reports that have come across the MBA NewsLink desk:

In its November Insights Report, STRATMOR Group, Greenwood Village, Colo., said lenders who choose the right tools to empower their teams to best serve customers, and who implement these new technologies effectively, can win a significant competitive advantage via a speed-to-market strategy.

In “Digital Success: The Power of Process Led Implementation,” Michael Grad, STRATMOR Group senior partner, discusses the implementation process and prescribes a solution that will lead to better outcomes.

“Margin compression and lower volumes will drive lenders to seek out new solutions, while at the same time increased M&A activity will have them investing in technologies that will enable them to make necessary pivots to capitalize on new synergies to improve performance,” Grad said. He said a 360-degree, voice of-the customer approach, starting with defining the critical customer moments of truth and continuing through designing and implementing the enabling process/technology to deliver success from the lender’s perspective.”

Grad added having the right framework for the implementation process is a vital first step. STRATMOR recommends lenders form their own internal, multi-disciplinary teams to seek out answers and to respond to the problems that naturally arise during the digital design and implementation processes and as changes in the industry create new challenges.

The report can be found at https://www.stratmorgroup.com/insights-report/.

The Fannie Mae Economic and Strategic Research Group, Washington, D.C., said inflation is a key forecast concern for the economy.

In its November report, the ESR Group’s expectations for inflation were upgraded meaningfully in the near term to average 6.2 percent on an annual basis in the fourth quarter. The forecast anticipates the recent price gains to begin to moderate over the coming quarters as temporary factors begin to wane, but the build-up of stronger, underlying inflationary pressure suggests that inflation will remain significantly above the Federal Reserve’s two percent target through 2023. The Fed is therefore expected to begin hiking its target rate in 25-basis-point increments beginning in Q4 2022.

However, said Fannie Mae Chief Economist Doug Duncan, if inflation continues to exceed expectations, there is increasing risk that the Fed will begin raising interest rates even earlier. The principal risks to the forecast remain the pace of global supply recovery, the availability and cost of labor, and the extent of Federal monetary and fiscal largesse.

“The Fed is in motion, pushed by inflation running ahead of their forecasts and looking less transitory than they had anticipated. They left themselves some room for policy change by committing to the speed of tapering assets for only two months, where adjustments could be made thereafter,” Duncan said. “Economic growth continues to slow, but not precipitously; and as rates have not yet reacted strongly, housing and mortgage activity remain very strong. Market participants will have one eye on the monthly inflation releases and the other eye on the Fed in the months ahead. How credible investors, business leaders, and consumers find the Federal Reserve’s evolving beliefs regarding the passing or sustained level of inflation and resulting monetary policy actions will be key – their choices will impact economic growth as well as housing and mortgage activity.”

Fannie Mae revised upward its expectations for 2021 home sales but downward its projection for 2021 home construction. It said while mortgage demand remains strong, homebuilding continues to be constrained by supply chain bottlenecks and a lack of specialty trade labor, although some of those constraints should ease in the coming months, enabling 4.8 percent growth in single-family home starts and 13.9 percent growth in new single-family home sales in 2022.

In a repeat of the 2020 experience, after a very strong third quarter, home prices across the United States continued to climb in October albeit at a slower pace than in September, said Radian, Wayne, Pa.

The Radian HPI rose at an annualized rate of 17.3 percent in October, slightly below the 17.6 percent recorded in September. For the 12 months since November 2020, the HPI increased nationally by 12.9 percent, a record year-over-year increase and the second-best month-over-month appreciation rate of 2021.

“The slowdown in the national appreciation rate in October marks the first month-over-month decline in three quarters. However, the U.S. winter buying season typically means lower activity, so this slowdown may simply represent seasonal impacts,” said Steve Gaenzler, Radian SVP of Data and Analytics. “Seeing slowdowns in the historic rates of appreciation may be helpful as affordability continues to be impacted by the rapid pace of appreciation in many metro areas. Existing homeowners have been material benefactors of this appreciation, but at the potential expense of many looking to enter the market for the first time.”

The report said nationally, the median estimated price for single-family and condominium homes rose to $298,748.

After ignoring the annual autumn memo to cool down last year, the housing market is finally showing signs of moderation typically seen in the fall, said Zillow, Seattle.

“Home buyers shopping this fall shouldn’t expect the same frenzied demand that triggered bidding wars on listings this spring and summer,” said Zillow senior economist Jeff Tucker. “The normal seasonal slowdown of autumn has returned, when many families are busy with back-to-school activities and planning for the holidays.”

Zillow said although the market is still far hotter than usual, October witnessed normal fall trends of decelerating growth for rents, declining list prices, longer times on market for listings and more homes receiving price cuts before sale. Home value appreciation slowed in October for the third month in a row, as home values rose 1.3% over September, slower than the record monthly appreciation of 2% in July. The typical home value in the U.S. measured by the Zillow Home Value Index is now up to $312,728.

The report said rent growth also continued on its path of deceleration in October, registering 0.8% month-over-month growth compared to a record high of 2.1% in July. This slowing, too, is in line with seasonal norms — October had the lowest monthly rent appreciation in 2018 and 2019 and saw no growth in 2020 as rents recovered from the shock of the pandemic. Still, the rapid rise in rents since March has pushed annual growth to 14.3%, the highest rate in the series’ history, which began in 2015. Typical rents in the U.S. are $1,873, now $234 higher than last October.

“The economy is recovering strongly and mortgage rates are still near all-time lows. Those two forces combined have caused homebuying demand to hit a record high,” said Redfin Chief Economist Daryl Fairweather. “People who tried to buy a home in the spring are coming back for round two, only to find the market is still quite difficult because of a lack of homes for sale. A lot of homebuyers wish they had bought last year, now that it’s not just homes that are more expensive, but also gas, groceries and dining out. Many buyers today are limited to move-in ready homes because it is so difficult and expensive to purchase new appliances or find contractors to make improvements.”

ATTOM, Irvine, Calif., said its third-quarter special report analyzing qualified low-income Opportunity Zones established by Congress in the Tax Cuts and Jobs Act of 2017 found median single-family home and condo prices increased from the second quarter to the third quarter in 62 percent of Opportunity Zones around the country and rose by at least 20 percent annually in 47 percent of them.

The report said those patterns continued to closely parallel the broader U.S. housing market as it powered through a 10th straight year of gains. By some measures, values in Opportunity Zones did even better, extending patterns from over the past year.

ATTOM said home values in most Opportunity Zones did again trail well behind values in most other neighborhoods around the U.S. in the third quarter of 2021. Nearly three-quarters of zones had typical third-quarter prices below the national median of $310,500, nearly the same as in earlier periods over the past year.

“Values in markets scattered through so-called Opportunity Zones kept rising at around the same pace seen in more upscale areas, as the housing-market boom kept lifting fortunes just about everywhere,” said Todd Teta, chief product officer with ATTOM. “Home values in Opportunity Zones are still very low relative to other areas. But the ongoing gains showed that lots of households are buying in those areas – something that should lure the attention of investors looking to take advantage of Opportunity Zone tax breaks.”