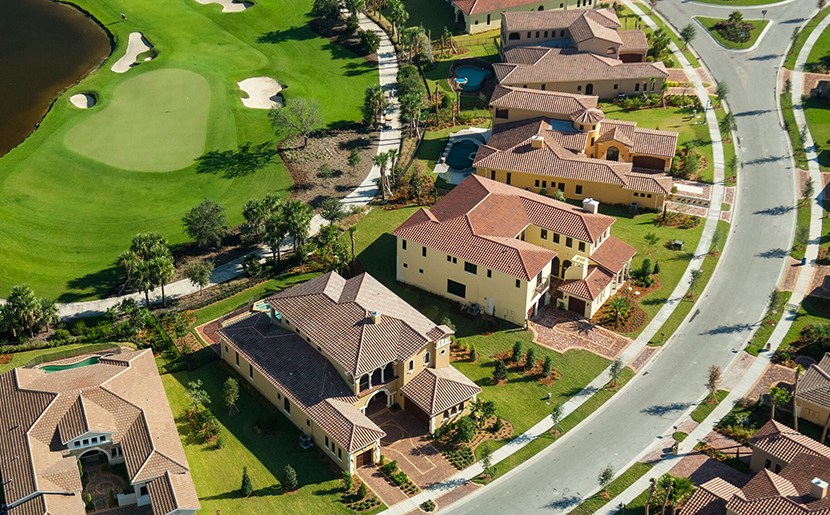 It’s a great time to be a homeowner: ATTOM Data Solutions, Irvine, Calif., said home equity rose sharply in the first quarter, with equity-rich properties in the U.S. outnumbering seriously underwater homes by a 7-1 margin.

The company’s first quarter Home Equity & Underwater report said 17.8 million residential properties in the United States were considered equity-rich, with the combined estimated amount of loans secured by those properties 50 percent or less of their estimated market value. The count of equity-rich properties in the first quarter represented 31.9 percent, or one in three, of the 55.8 million mortgaged homes in the United States, up from 30.2 percent in the fourth quarter, 28.3 percent in the third quarter and 26.5 percent a year ago.

The report also said just 2.6 million, or one in 21, mortgaged homes in the first quarter were considered seriously underwater, with a combined estimated balance of loans secured by the property at least 25 percent more than the property’s estimated market value. That figure represented 4.7 percent of all U.S. properties with a mortgage, down from 5.4 percent in the prior quarter, 6 percent in the third quarter and 6.6 percent a year ago.

The improvement at both ends of the equity scale continued across the nation despite the fallout from the pandemic. Gains came as median home prices nationwide rose 16 percent, year over year, in the first quarter and were up at least 10 percent in most of the country.

The report said as the nine-year U.S. housing-market boom has surged ahead, equity has continued to improve because price increases have widened the gap between what homeowners owe on mortgages and the value of their properties. Prices have kept rising over the past year as rock-bottom interest rates and a desire to escape virus-prone areas have led to a bubble of home buyers largely untainted by the pandemic’s financial damage. Those buyers have been chasing a declining supply of properties for sale, resulting in soaring values.

“It continues to be a great time to be a homeowner most everywhere in the country,” Teta said. “The ongoing price spikes we’re seeing help to cut down the number of seriously underwater properties and boost the level of equity-rich properties. However, that may shift once the foreclosure moratorium is lifted and that’s something we’re watching, partly because it could limit equity gains and draw people underwater. For now, though, the equity picture remains one of many signs that the long U.S. housing market boom keeps charging ahead.”

–Nine of the 10 states with the biggest gains in the share of equity-rich homes from the fourth quarter to the first quarter were in the West or Northeast. States where the portion of mortgaged homes considered equity-rich rose most were Idaho (50.6 percent), Utah (42.5 percent), Colorado (40.6 percent), Vermont (51.5 percent) and Washington (44.5 percent).

–Nine of the 10 states with the biggest declines in the percentage of mortgaged homes considered seriously underwater from the fourth quarter to the first quarter were in the South and Midwest. They were led by Iowa (8.7 percent), Mississippi (down from 11.4 percent to 9.1 percent), Louisiana (13 percent), South Dakota (6.3 percent) and Nebraska (5.5 percent).

Among 106 metropolitan statistical areas with a population greater than 500,000, the 10 with the highest shares of equity-rich properties again were in the West during the first quarter. They were led by San Jose, Calif. (67.4 percent); San Francisco (60.8 percent); Boise, Idaho (53.8 percent); Los Angeles (53.6 percent) and San Diego (49.3 percent). The leader in the Northeast region again was Boston (41 percent), while Grand Rapids, Mich., continued to top the Midwest (33.1 percent) and Dallas, led the South (43.4 percent).