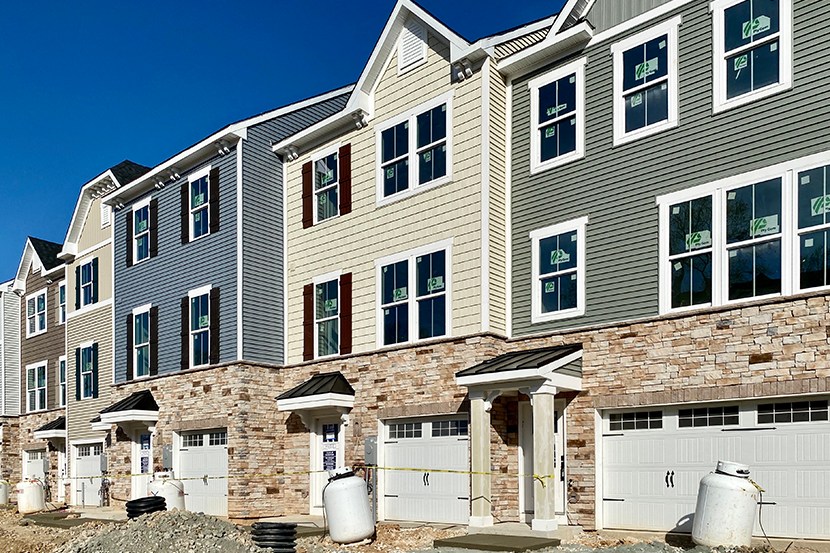 Housing starts rose for the second straight month in December and finished the year at its strongest pace since 2006, HUD and the Census Bureau reported yesterday.

Regionally, starts rose everywhere except the Northeast, where they fell by nearly 35 percent, seasonally annually adjusted, to 107,000 units in December from 164,000 units in November and fell by 24.1 percent from a year ago.

Kan noted consistent with the final eight months of the year, December saw a 12 percent increase in single-family starts – a strong rebound from the sudden halt homebuilders endured during the onset of the pandemic. “Homebuilders have since raised production to meet the additional demand from households looking for newer and larger homes in less dense markets,” he said. “Additionally, single-family permits continued to increase last month, which is an indication that there is room for additional growth in new supply in the coming months.”

“Residential construction continues to heat-up even as overall economic growth appears to be cooling down amid rising COVID case counts,” said Mark Vitner, Senior Economist with Wells Fargo Securities, Charlotte, N.C. “The monthly gain was owed entirely to a robust 12% surge in single-family starts. Single-family starts are now up 27.8% over the year. Builders have moved quickly to satiate rising buyer demand stemming from record low mortgage rates and increased space needs as a result of the ongoing COVID crisis.”

“Builders continue to ramp up construction, offering optimism for single-family housing supply in 2021,” said Odeta Kushi, Deputy Chief Economist with First American Financial Corp., Santa Ana, Calif. “The housing market is on solid footing entering 2021. Mortgage rates are expected to remain low and millennials will continue to age into their prime home-buying years. Finally, the other half of the equation, supply, is beginning to accelerate to keep up with the pace of household formation. However, given the underbuilding that took place in the decade following the Great Recession, it will take years for builders to close the deficit.”

Kushi noted while builders continue to push to meet demand, supply-side headwinds will remain in 2021. “Builders are facing multiple supply-side headwinds, including increasing lumber and material costs and a dearth of affordable lots, which could slow home-building momentum,” she said.

Doug Duncan, Chief Economist with Fannie Mae, Washington, D.C., said while single-family starts were higher than forecast, the strength is consistent with expectations that construction in coming months will continue to be strong relative to the pace of sales.

“Tight inventories of existing homes for sale, coupled with low mortgage rates and a shift of some buyers toward suburban locations, drove a surge in new home sales last year,” Duncan said. “Strong price appreciation of single-family homes provided a signal to builders that the market is looking for more supply given the very low inventory of existing homes on the market. Homebuilders have tried to keep up through a combination of signing contracts on homes not-yet-started and depleting inventories of already-built homes. We believe construction, therefore, needs to continue to catch up in order to bring the sales/inventory relationship back into balance. We will likely revise our starts forecast upward after today’s release; however, the previously reported 11 percent decline in new home sales in November, combined with ongoing builder constraints, suggests to us that single-family starts will decelerate in coming months.”