Home Prices Keep Going Up, Up, Up 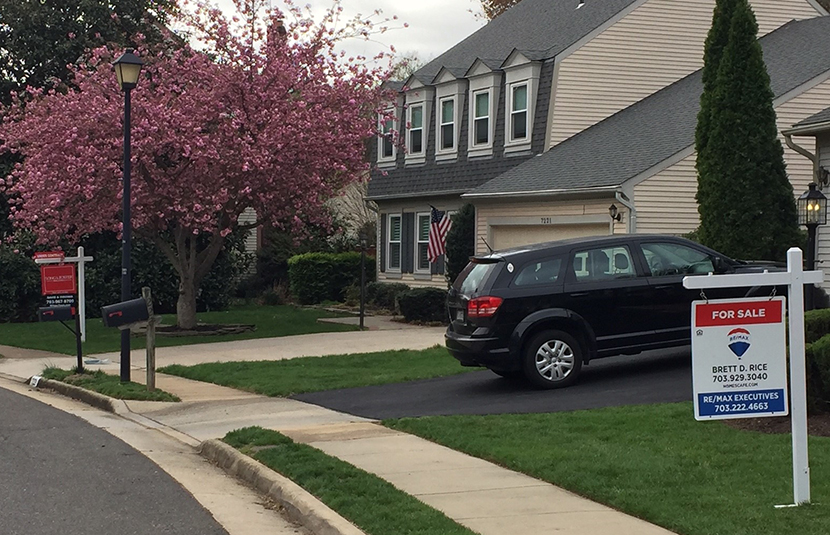 Here’s a quick summary of several reports released this week:

“The trend of accelerating prices that began in June 2020 has now reached its seventh month and is also reflected in the 10- and 20-City Composites Home prices finished 2020 with double-digit gains,” said Craig J. Lazzara, Managing Director and Global Head of Index Investment Strategy with S&P. “The market’s strength continues to be broadly-based.”

Lazzar said as COVID-related restrictions began to grip the economy in early 2020, their effect on housing prices was unclear. “Price growth decelerated in May and June, and then began a steady climb upward, and December’s report continues that acceleration in an emphatic manner,” he said. “2020’s 10.4% gain marks the best performance of housing prices in a calendar year since 2013…“These data are consistent with the view that COVID has encouraged potential buyers to move from urban apartments to suburban homes. This may indicate a secular shift in housing demand, or may simply represent an acceleration of moves that would have taken place over the next several years anyway.”

“2020 was an unprecedented year in many ways, especially for the housing market,” said Selma Hepp, Deputy Chief Economist with CoreLogic, Irvine, Calif.

The report said as of December, average home prices for the MSAs within the 10-City and 20-City Composites are exceeding their winter 2007 levels.” The momentum in buyer demand that picked up speed during the second half of the year propelled through the end of the year, and seemingly into 2021,” Hepp said. “But acceleration in price growth is largely driven by record-low mortgage rates and the severe undersupply of for-sale home – two factors that may take a turn this year and relieve some of the price pressure. But, demand from millennials and existing owners, who may have been on the sidelines throughout the pandemic, is likely to persist.”

“Home prices picked up in January, about where they left off in December. Home prices across the U.S. were solidly in positive territory once again,” said Steve Gaenzler, Radian Senior Vice President of Data and Analytics. “With elections, inaugurations and the holidays behind us, and vaccinations and modest levels of potential normalcy visible on the horizon, it shouldn’t surprise many that homes prices continue to be a shining star.”

The report said the national median estimated price for single-family and condominium homes rose to $270,334. From December to January the one-month appreciation, an annualized 7.5 percent rate, was the slowest recorded since August. Historically, home prices have come under pressure during periods of economic stress as foreclosure sales and other distressed transactions add discounted properties into the inventory.

“House prices nationwide recorded the largest annual and quarterly increase in the history of the FHFA HPI,” said Lynn Fisher, Deputy Director of FHFA’s Division of Research and Statistics. “Low mortgage rates, pent up demand from homebuyers, and a limited housing supply propelled every region of the country to experience faster growth in 2020 compared to a year ago despite the pandemic. In particular, house prices in western states and cities saw the highest rates of growth, where annual gains often rose above 10 percent.”

Of the nine census divisions, the Mountain division experienced the strongest four-quarter appreciation, posting a 13.3 percent gain year over year and a 4.6 percent increase in the fourth quarter. The Mountain division has been the leading region for 13 consecutive quarters. Annual house price appreciation was weakest in the West South-Central division, where prices rose by 8.6 percent year over year.

The report said of the top 50 markets tracked, only three markets, all located in California, were overvalued, meaning the median existing-home sale price exceeded house-buying power, in December. The market with the highest overvaluation was Los Angeles, where the median consumer house-buying power in December was just over $590,000, significantly below the median sale price of a home $729,000. San Francisco and San Jose were also overvalued, although to a lesser extent. However, all three overvalued markets are still significantly less overvalued than during the national housing boom peak in March 2006. Los Angeles, for example, was overvalued by approximately $286,000 in 2006, more than twice what it is today.

“As the housing market heads into the spring home buying season, the ongoing supply and demand imbalance all but assures more house price growth,” Fleming said. “During the housing bubble, rapid house price appreciation was not entirely supported by economic fundamentals, but in today’s housing market, nominal house price appreciation has been driven by a historic shortage of supply relative to demand and rate-driven surge in house-buying power. Many find it hard to believe, but housing is actually undervalued in most markets and the gap between house-buying power and sale prices indicates there’s room for further house price growth in the months to come.”