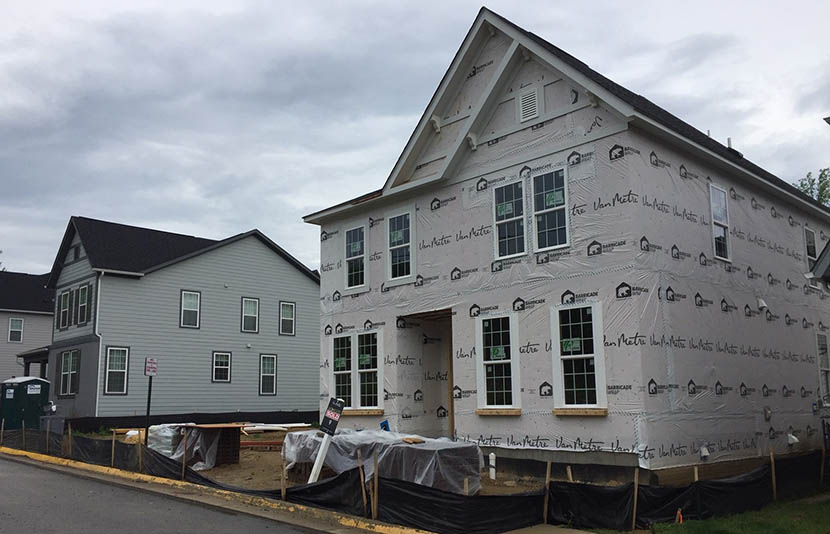 The report said sales of new single-family houses in September fell to a seasonally adjusted annual rate of 959,000, 3.5 percent below the revised August rate of 994,000, but 32.1 percent higher than a year ago (726,000). Before the revision, August new home sales had been reported above one million for the first time since 2006.

“Demand has not suddenly turned cold,” Vitner said. “New home sales are notoriously volatile on a month-over-month basis and large revisions are not uncommon. This past month’s undershoot was relatively modest in that perspective, as was the revision.

Vitner suggested tighter mortgage underwriting could be imposing some limitations on the housing recovery. “It is no secret that this economic recovery has been notoriously uneven, with professional workers who can easily work remotely seeing an earlier and stronger bounce-back in employment and income,” he said. “That the influx of these buyers is one of the reasons the bulk of mortgage originations since the shutdowns have been among buyers with relatively high FICO scores. This may be a sign that the pool of potential homebuyers is not as deep as it would be in a more typical recovery and may mean that new home sales have topped out for now.”

While we had expected a softening in new home sales, when combined with the downward revision to August’s number, total Q3 sales came in modestly lower than we had forecast,” Duncan said. “Going forward, we continue to expect some additional slowing in the sales pace. The months’ supply remains at a near-historical low of 3.6 and the share of homes sold but not yet started continues to trend upwards. This suggests that homebuilders are struggling to keep up with demand. We believe a combination of more construction and a cooling sales pace will be required to get the starts to sales relationship back to equilibrium over the coming months.”

HUD/Census reported the median sales price of new houses sold in September rose by 4 percent to $326,800; the average sales price rose by 5 percent to $405,400. The seasonally adjusted estimate of new houses for sale at the end of September inched up 284,000. This represents a supply of 3.6 months at the current sales rate, down by more than 32 percent from a year ago.