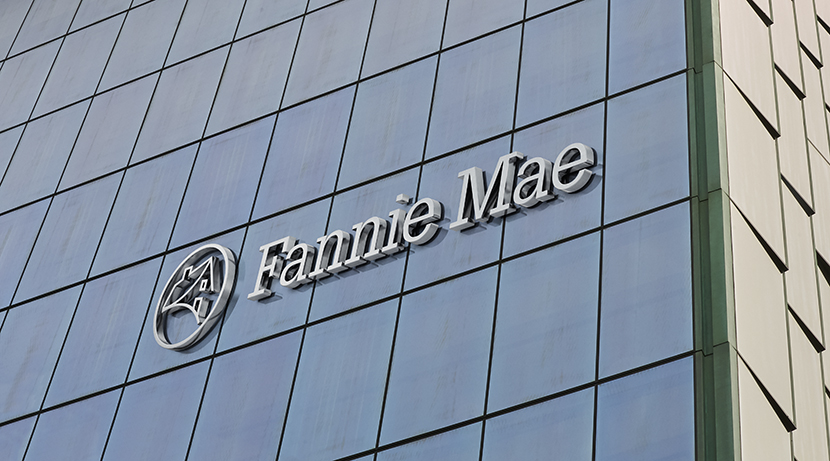 Before joining Fannie Mae, Betancourt was a Senior Vice President at GMAC Institutional Advisors and managed the Realpoint (now Morningstar Ratings) senior analytical research team. Prior to GMAC, she was a Director in the Structured Finance department of Standard & Poor’s and managed a team of 10 senior analysts. She has also held leadership positions with Citicorp and Midlantic National Bank (now PNC).  She is a member of the Counselors of Real Estate and holds both a Master of Arts and a Bachelor of Arts with honors from Rutgers University.

This year’s industry developments continue to be dominated by the pandemic as well as associated social, political and economic impacts. Certain secular trends already occurring in previous years have continued such as increasing investor demand for asset classes with favorable long-term prospects. Given this backdrop and the continued role of the GSEs in financing multifamily throughout market ups and downs, MBA NewsLink sat down (socially distant) with Fannie Mae’s Kim Betancourt to get perspective on trends and what to watch as the multifamily market continues to evolve.

MBA NEWSLINK: What trends have been most impactful in multifamily this year?

KIM BETANCOURT: Although there has been a rise in vacancy rates in some metros and rents have declined, we expect the overall multifamily sector to weather the storm better than other commercial real estate property types.

While we expect the multifamily sector to be impacted by a COVID-19 pandemic-induced recession for the rest of this year and into early next year, demographics remain favorable for multifamily over the long term. Commercial real estate investors are moving away from hotel, retail and, in some cases, office properties, and they are increasingly looking at multifamily as an option.

Recent trends and data suggest that the national vacancy level remained stable in third-quarter 2020, but it could rise to 6.0% in coming months. Third-party data show that there was increased demand in many markets throughout the quarter, especially in suburban submarkets. We believe this was most likely due to declining rents, rising concessions and a desire among some tenants to move out of urban locations.

Meanwhile, rents likely will have seen more of an impact from the COVID-19 pandemic-induced recession. We expect annualized rent growth to be negative in 2020, but the acceleration of that decline may be slowing. We estimate that rent growth likely declined by 0.25 percent in third quarter 2020. That is on top of a 0.5 percent decline in the second quarter of 2020, reversing an estimated increase of 0.5 percent in the first quarter of this year.

Although estimated national effective rent growth has declined by 0.75 percent over the past two quarters, it has been offset by a 0.5 percent increase in the first quarter, bringing the year-to-date decrease to 0.25 percent. Rent growth likely will be negative this year, but there may be some improvement early next year. We expect rent growth to have declined between 0.5 percent and 1.0 percent this year.

NEWSLINK: The shifts in demand towards lower density and perhaps a proxy for this, urban to suburban have been frequently referenced given how the geography of work/employment has shifted in 2020. How are you viewing this dynamic in terms of current renter demand?

BETANCOURT: Thus far, the multifamily sector has been negatively impacted from two simultaneous pressures: a stressed economic period coupled with continued delivery of new apartment units that are competing directly with existing Class A units in core downtown locations.

Furthermore, the sector appears to be a tale of two renters: those that can telecommute and continue working, and those that have begun to return to work (and appear to be making their rent payments, based on data from the NMHC Rent Tracker). But many renters who are low-wage earners living in Class C units that are unemployed and no longer receive the extra $600 per week in expanded unemployment benefits are beginning to fall behind on rent or are simply vacating their units. Data from CoStar Advisory Services show that flat-to negative net absorption of Class C units took place in many locations during the third quarter of 2020. That negative absorption occurred even as concession levels rose, according to data from RealPage Inc.

Based on third-party data, there seems to have been resilient demand for multifamily properties in suburban locations, especially for Class A units. Units located in prime urban metros are showing the softest demand right now, especially for Class C units. Thanks to the generous concessions currently being offered on Class A units, demand for those units in prime urban locations appeared to pick up in third quarter, while the quarter-over-quarter change in occupancy for Class C units in those same locations turned negative, according to data from CoStar.

NEWSLINK: As you think about jobs and available unemployment data, what do you anticipate for the multifamily sector in 2020 and 2021?

BETANCOURT: Despite the large decline in economic activity in the first half of the year, we continue to expect that the ongoing recovery will be sufficiently robust such that real gross domestic product will only contract by 2.6 percent in 2020, before increasing by 3.5 percent in 2021.

That said, employment continued its recovery in September, with nonfarm payroll employment rising by 661,000 and the unemployment rate falling five-tenths to 7.9 percent. This pace of job growth would be considered strong normally but represented a significant deceleration from previous months when gains easily exceeded one million jobs. The deceleration was amplified by a boost in temporary Census workers in August and an unusual seasonal adjustment with regard to school hiring in September.

Ultimately, though, the slower pace of job growth is consistent with a comparatively slower pace of economic recovery than what occurred earlier in the summer. We forecast the unemployment rate to average 7.2 percent in Q4.

Therefore, while gains in job growth have slowed, we expect the nation’s job market to not only be a help to many renters but that it will also help boost demand over the coming months.

Multifamily starts pulled back nearly 23 percent in August to 395,000 annualized units following a jump of 36.6 percent in July. While this series is notoriously volatile, we believe there was a surge in projects started early this summer, reflecting those in the planning pipeline that had been delayed due to shutdowns in the spring. Given the length of the planning process for multifamily projects, additional “pent-up” starts are expected in the coming months. However, we expect that the underlying trend in multifamily construction will be weak over the foreseeable future relative to single-family construction. While suburban multifamily demand is expected to hold up better than demand for urban multifamily properties, the shift of some renters out of large metro areas and into homeownership may weaken demand for new supply in many areas.

Our outlook for the multifamily sector in 2020 has taken on a more moderated stance. We expect the multifamily sector to be impacted in 2020 and possibly into early 2021 by rising vacancy rates and declining and negative rent growth, but overall we expect the sector to weather the storm better than other commercial real estate property types, most notably retail and hospitality. Nevertheless, if there is a resurgence in COVID-19 or if it continues to spread geographically and local economies are forced to endure rounds of additional shutdowns, multifamily fundamentals, as well as property values and cap rates, could remain stressed well into 2021.