MBA Chart of the Week: Mobility Rates and Reasons for Moving 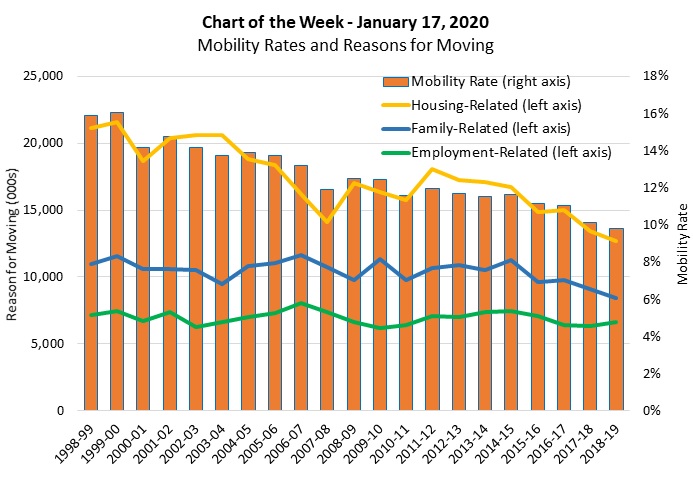 This week’s MBA Chart of the Week examines the reasons why fewer Americans are moving.

Since 1999, Census has published the reasons for moving, with a focus on family-related, employment-related and housing-related reasons.

From 1998-2004, more than 7.8 million movers (per year) said the reason they moved was because they “wanted a new or better home/apartment,” whereas 5.3 million movers gave this reason in the past two years (on average).  Similarly, “wanting to own a home and not rent” accounted for four million moves (on average) from 1998-2004 versus fewer than two million in 2018-19.

(Edward Seiler is Associate Vice President of Housing Economics with the Mortgage Bankers Association and Executive Director of Research Institute for Housing America. He can be reached at eseiler@mba.org.)