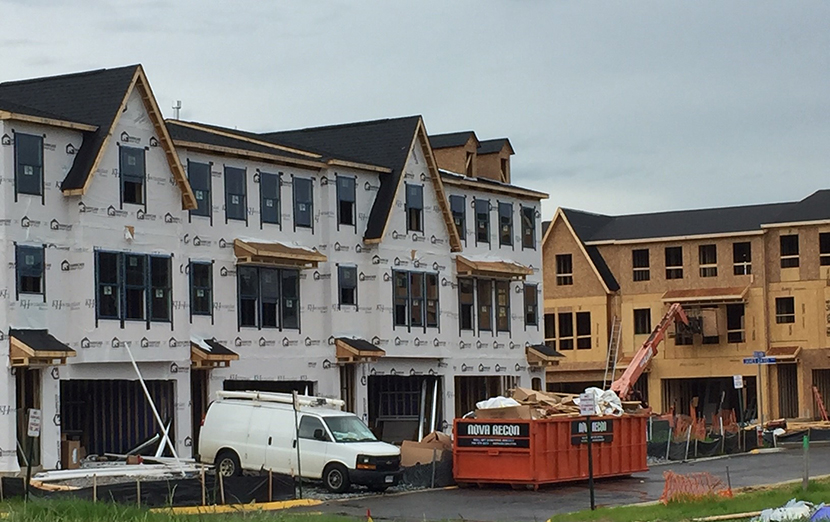 “The annual pace of new housing starts remained strong in November, helping to bring more inventory to the housing market to try to keep up with robust demand,” said Joel Kan, Associate Vice President of Economic and Industry Forecasting with the Mortgage Bankers Association. “Single-family construction slightly climbed to the highest level since 2007 and was 29 percent higher than a year ago – the fifth month of double-digit annual growth. Multifamily starts increased more substantially at 4 percent last month.”

Kan said the report is consistent with other housing data that show the housing market has rebounded “substantially” from the second quarter. “Driven by increased demand for more indoor and outdoor space, the second half of the year continues to see more construction, home sales and mortgage originations,” he said. “Additionally, permits for new single-family construction also rose to 2007 highs, potentially an indication that we might see the increase in homebuilding continue into early 2021.“

“The continued rise in housing starts signals the single-family sector will lead the way for new-home construction,” Kushi said. “2021 may be the year of the home builder as a massive housing shortage, coupled with demographic and behavioral trends favoring single-family homes, sets the stage for builders to ramp up construction.”

Kushi noted fundamentals driving new-home sales are strong – low mortgage rates, a limited supply of existing homes for sale and sturdy demand driven by millennials who are aging into home-buying. “While builders continue to push to meet demand, supply-side headwinds will remain in 2021,” she said. “Residential construction employment is still not back to pre-pandemic levels, and construction material costs remain high. These headwinds could slow the home-building momentum at a time when the housing market desperately needs more supply.”

Mark Vitner, Senior Economist with Wells Fargo Securities, Charlotte, N.C., said the housing market “continues to do its part” in the struggling economy.

The recent ramp up in single-family starts was expected to take a breather in November amidst reports of growing material shortages and higher lumber prices,” Vitner said. “Those factors may impact starts in coming months, but in November builders appear to have taken advantage of unseasonably mild weather to move forward with more construction projects than they normally would in late fall.”

pandemic has triggered an out-migration from many large, high-priced, globally connected urban areas to neighboring suburbs and exurbs, as well as mid-sized cities and vacation destinations in the South and West,” he said. “The result has been a massive shift from apartments to single-family homes.”

Vitner noted even if single-family starts pull back in coming months, there is a good chance overall starts will remain close to their current levels. “Demand for apartments has been surprisingly strong in recent months, with most of the gains coming in the suburb,” he said.

“The pace of starts has been bolstered in recent months due to fewer homes being in the later stages of construction, a result of the disruptions from the spring,” Duncan said. “Therefore, homebuilders have increased their starts pace to catch up to strong homebuyer demand, and more homebuilder resources have been focused on the early stages of construction. However, this process is likely near its end as it takes on average about seven months to construct a new home.”