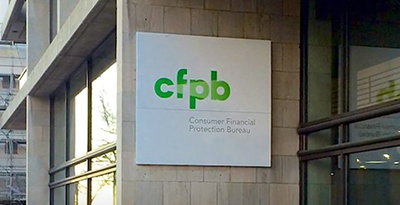 The report said consumers submitted more than 700,000 complaints to the CFPB regarding Equifax, Experian and TransUnion from January 2020 through September 2021, which represented more than 50% of all complaints received by the agency for that period. Consumers submit more complaints about inaccurate information on their credit and consumer reports than about any other problem. Consumers most frequently assert that the inaccurate information belongs to someone else, and consumers often describe being victims of identity theft.

The CFPB found the three companies often failed to provide substantive responses, especially when they alleged the complaints were sent in by third parties. The report said Equifax, Experian and TransUnion relied heavily on “template complaint responses” instead of providing meaningful and thorough responses to consumers, despite having up to 60 calendar days to respond.

Furthermore, the analysis said beginning in early 2020, Experian and TransUnion stopped providing substantive responses to consumers’ complaints at all if they suspected that a third-party was involved in submitting a complaint, despite regulations stating consumers can authorize third-party representatives to submit complaints on their behalf.

•           Equifax most often promised to open investigations and send the results to the consumers at later dates, but it would fail to provide the CFPB with the outcomes of the investigations.

•           TransUnion made similar promises and frequently failed to provide the outcomes of investigations to the CFPB. It often stated it would take no action on complaints because it believed the complaints were submitted by third parties.

•           For many complaints, Experian frequently stated it would take no action because it believed the complaints were submitted by third parties, however, it did respond to the remaining complaints with substantive responses.

Additionally, the analysis cited medical debt mistakes as a particular flashpoint. “Consumers find that opaque pricing, the complex system of insurance coverage, and frequent delays in consumers finally receiving bills create an unnavigable quagmire and can make it harder to resolve billing errors,” the report said. “Accordingly, the CFPB’s previous research shows consumers often struggle to even determine whether the debt belongs to them, and, if it does, whether the amount is accurate. Medical billing is just one example, but it highlights the ease with which errors, mistakes, and inaccuracies can occur, along with the financial consequences that follow.”

In a statement, the Consumer Data Industry Association, a trade group that represents credit reporting companies, said it is “reviewing the CFPB report in detail,” but noted that “certain credit repair companies” (i.e. third-party representatives) “can inflate complaint numbers and undermine the process of addressing legitimate requests.”

“We agree that responding to legitimate consumer complaints and getting credit reports right are paramount,” CDIA said. “As the CFPB notes, credit reporting plays a critical role in consumers’ lives. That’s why we are committed to expanding credit access to all consumers…We are committed to continuing to work with the FTC and CFPB to protect consumers against these harmful and abusive tactics.”

The Fair Credit Reporting Act requires Equifax, Experian and TransUnion to conduct a review of complaints sent to them through the CFPB where consumers allege there is incomplete or inaccurate information in their consumer reports and the consumer appears to have previously attempted to fix the problem with the company. The companies must then report their determinations and actions for these covered complaints to the CFPB.

“Overall, consumers describe a consumer reporting system that is not working for them and the serious consequences that follow when inaccurate information is—and remains—on their consumer reports,” the report said. “Many consumers did not receive meaningful responses to complaints submitted through the CFPB complaint process. Overall, consumers describe feeling frustrated and stressed when the nationwide consumer reporting companies’ automated processes for correcting inaccuracies do not work or when they do not get responses to their concerns. Consumers report that they spend time, energy and money to try to correct inaccuracies.”