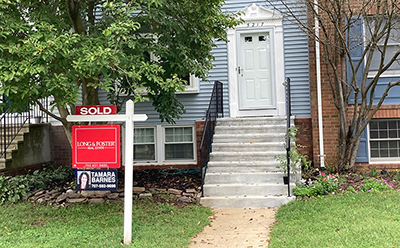 Existing home sales fell for the third straight month, the National Association of Realtors reported Thursday, to their lowest level since June 2020.

Regionally, results were mixed. In the largest region, the South, sales fell by 4.6% in April from June to an annual rate of 2,490,000; from a year ago, sales fell by 5.7%. The median price in the South jumped to $352,100, a 22.2% climb from one year prior. For the eighth consecutive month, the South recorded the highest pace of price appreciation in comparison to the other three regions. Additionally, the South is the only region to report year-over-year double-digit price gains.

Kan noted steep home-price appreciation was particularly impactful on first-time home buyers, who have seen their share of home sales decrease to 28 percent compared to 31 percent a year ago. “Inventory is a key component of housing market conditions, and the limited availability of homes for sale has been adding to upward pressure on prices, delaying some purchase activity,” he said. “While there was a slight increase in the number of homes for sale to just over 1 million units, this was likely due to the declining sales pace as demand slows. At just over a two-month supply, inventory is still extremely low by historical standards, and the recent slowdown in residential construction activity may prolong this shortage.”

“Home buying activity is cooling down against a backdrop of the ongoing rapid growth in home prices and recent step up in mortgage rates,” said Mark Vitner, Senior Economist with Wells Fargo Economics, Charlotte, N.C. “On top of rising borrowing costs, the return to the office gaining further momentum appears to be cutting into demand for vacation homes according to Redfin. More workers heading back into the office removes some of the urgency to obtain a larger living space for remote activities and also leaves less overall time to search for a home.”

Vitner noted despite some slowdown in demand, homes continue to sell very quickly. Nonethless, he said, “the factors that boosted housing activity to unprecedented levels during the pandemic era appear to be unwinding.”

“Higher home prices and sharply higher mortgage rates have reduced buyer activity,” said NATR Chief Economist Lawrence Yun. “It looks like more declines are imminent in the upcoming months, and we’ll likely return to the pre-pandemic home sales activity after the remarkable surge over the past two years.”

“Housing supply has started to improve, albeit at an extremely sluggish pace,” Yun said.

The median existing-home price for all housing types in April rose $391,200, up 14.8% from April 2021 ($340,700), as prices increased in each region, marking 122 consecutive months of year-over-year increases, the longest-running streak on record.