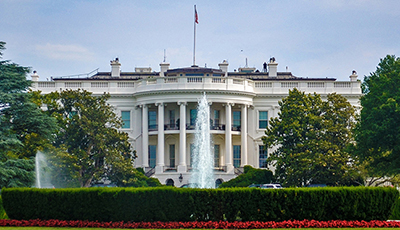 The Biden Administration on Wednesday released an action plan targeting racial bias in the home lending and appraisal process and promoting wealth creation through homeownership.

The White House published key findings and the Action Plan of the Interagency Task Force on Property Appraisal and Valuation Equity, known as PAVE. The PAVE Task Force, announced last June and co-chaired by HUD Secretary Marcia L. Fudge and White House Domestic Policy Advisor Susan Rice, is an interagency initiative to address racial bias in home appraisals and includes senior leaders from 13 Cabinet and independent agencies and components of the Executive Office of the President.

The PAVE Task Force engaged more than 150 stakeholder groups including appraisers, appraisal management companies, lenders, civil rights and advocacy groups, academic institutions, philanthropy organizations and individuals who have experienced instances of appraisal bias to listen and learn diverse perspectives on what is working and how the Federal government can work to embed equity in the home valuation process.

The Plan outlines actions that the Task Force said would “substantially reduce racial bias in home appraisals, including steps federal agencies will take using their existing authorities to enhance oversight and accountability of the appraisal industry and empower homeowners and homebuyers to take action when they receive a valuation that is lower than expected.”

“For generations, millions of Black and brown Americans have had their homes valued for less than their white counterparts simply because of the color of their skin or the racial makeup of the neighborhood. Black and brown homeowners in communities just like mine have not felt that they have had a voice or that the Federal government was doing enough to redress the issue of racial bias in the appraisal process,” Fudge said. “We are proud of the work of this task force and we are looking forward to continuing to work within the Administration and with partners to do all we can to root out discrimination in the appraisal and homebuying process.”

“MBA welcomes the release of the report of the Interagency Task Force on Property Appraisal and Valuation Equity (PAVE), which provides a detailed and comprehensive action plan to combat appraisal bias. While the role of mortgage lenders in the appraisal process is limited by design, MBA and its members are committed to working with policymakers and other stakeholders, including appraisers, to develop solutions that ensure borrowers receive a fair and accurate estimate of the value of their homes.

“MBA and its members have made improving the appraisal process a top policy issue and have prioritized it both as part of our CONVERGENCE initiative to promote more sustainable, affordable housing for minority and low- to moderate-income families and communities and as part of our Building Generational Wealth Through Homeownership campaign.

“We appreciate the work that the PAVE task force has undertaken to document the historical foundations of inequitable property valuations and to identify ways to address problems in modern appraisal processes. Many of the initiatives announced today can be an important step in the fight toward eliminating biases, improving appraisal accuracy, and opening access to more affordable, sustainable homeownership opportunities for minority borrowers.

“While the report notes that many of the reforms can be put in place under existing authorities, it will be important for Task Force agencies to provide ample notice and comment opportunities for stakeholders during the implementation process.”

Federal Housing Finance Agency Acting Director Sandra L. Thompson also issued a statement. “Today’s report affirms the persistence of bias in the housing finance system and provides a roadmap for the federal government to work across agencies, and with Congress, the civil rights community, and industry stakeholders to take meaningful steps against factors that contribute to the mis-valuation and devaluation in property appraisals experienced by borrowers and communities of color. FHFA does not tolerate housing discrimination. We remain focused on addressing valuation bias by ensuring compliance with federal fair lending laws, evaluating appraisal standards and working with HUD and other interagency partners to share information and resources that strengthen fair lending oversight of the mortgage finance system.”