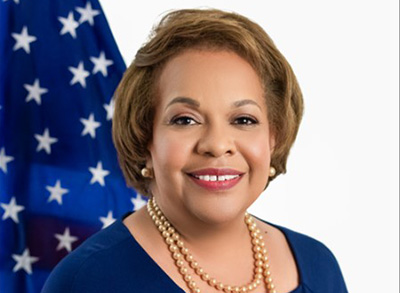 The Senate Banking Committee on Wednesday approved Sandra Thompson’s nomination to serve as Director of the Federal Housing Finance Agency. The Mortgage Bankers Association issued a statement commending the vote.

By a 13-11 vote largely along party lines, the Committee approved Thompson, who was nominated by the Biden Administration in December. She has served as the agency’s Acting Director since June, when the Biden Administration removed the previous director, Mark Calabria, following a Supreme Court ruling that FHFA’s leadership structure was unconstitutional.

“MBA applauds the Senate Banking Committee for advancing the nomination of Sandra Thompson to be Director of the Federal Housing Finance Agency. Thompson’s experience, including as the Acting Director, and knowledge of real estate finance will serve her well as she continues to lead FHFA. We now call on the full Senate to confirm her nomination quickly.”

Thompson addressed the MBA Annual Convention & Expo in San Diego this past October.

Thompson’s nomination now goes to the full Senate, which is expected to vote later this spring.