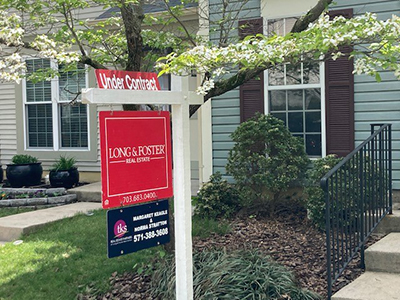 Redfin, Seattle, said after months of tipping heavily in sellers’ favor, the scales of the housing market are “finally balancing out.”

Redfin reported soaring housing costs caused many house hunters to drop out in recent months, which is now providing some relief for buyers who remain. Buyers are seeing the housing shortage ease, price growth slow, competition decline and mortgage rates drop from their 2022 high.

The share of sellers slashing their asking prices hit a record high during the four weeks ending July 3, and the portion of homes going for above list price fell for the first time since June 2020 as sellers responded to waning homebuyer demand.

Redfin reported fewer people searched for “homes for sale” on Google—searches during the week ending July 2 were down 2% from a year earlier. And the seasonally adjusted Redfin Homebuyer Demand Index—a measure of requests for home tours and other home-buying services from Redfin agents—was down 15% year over year during the week ending July 3. Touring activity as of July 3 was down 14% from the start of the year, compared to a 7% increase at the same time last year, according to home tour technology company ShowingTime.

In a separate report, Redfin reported San Jose, Oakland and San Francisco are among the fastest-cooling housing markets in the U.S. as mortgage rates remain above 5%.

Five of the 10 U.S. housing markets that have cooled fastest this year are in northern California–San Jose, Oakland, San Francisco, Sacramento and Stockton–and three of those five are in the Bay Area. All 10 of the housing markets cooling fastest are in the American West. The cooldown is largely because mortgage rates nearly doubled in the first half of the year, reaching nearly 6% in June. That caused the monthly mortgage payment for a typical homebuyer to surge 45% year over year to $2,459 in June and priced many buyers out of the market.

“The housing market has changed drastically in the last month because higher rates make homes even more expensive than they used to be. At the same time, fewer people can afford pricey homes because of the volatile stock market,” said San Francisco Redfin agent Joanna Rose. “In the early spring, every home was selling over its asking price with multiple bids. Then the number of people attending open houses dropped from 20 to two, and now some homes are sitting on the market for over a month and selling for under asking price. Supply is starting to pile up.”

Seattle (#4), Boise, Idaho,(#6), Denver (#7), San Diego (#8) and Tacoma, Wash. (#9) round out the list of the 10 housing markets that have cooled fastest this year. Cape Coral, Fla., Las Vegas, Austin, Phoenix and North Port, Fla.–all popular migration destinations during the pandemic–are among the top 20 markets cooling fastest.

Meanwhile, Redfin said rent growth is easing as landlords respond to a tightening in tenant budgets brought on by inflation. Redfin said rent increases tapered off in June, with the national median asking rent rising 14% from a year earlier—the smallest annual increase since October.

Asking rents rose by 0.7% from May, the smallest month-over-month gain since the start of the year.

“Rent growth is likely slowing because landlords are seeing demand start to ease as renters get pinched by inflation,” Fairweather said. “With the cost of gas, food and other products soaring, renters have less money to spend on housing. This slowdown in rent increases is likely to continue, however rents are still climbing at unprecedented rates in strong job markets like New York and Seattle and in areas like San Antonio and Austin that soared in popularity during the pandemic.”