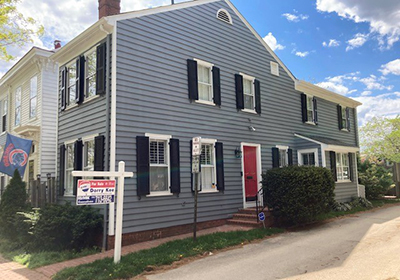 House shoppers are finding more options to choose from, more time to make decisions and even price cuts in some areas, according to Zillow, Seattle.

Jeff Tucker, Senior Economist at Zillow, said intensifying affordability challenges are thinning competition from a crowded field and giving newfound leverage to those who remain.

“Those who can weather this storm of rising costs are having an otherwise less stressful buying experience compared to the pandemic-fueled rush on real estate in 2021,” Tucker said. “They have more options to tour, more time to find the right house, and are less likely to face a bidding war.”

But Tucker noted that despite this initial move toward rebalancing, the market remains less buyer-friendly than the pre-pandemic norm in most of the country. “Home seekers who are priced out today are eagerly anticipating drops in prices or mortgage rates so they can step back into the ring,” he said.

Zillow reported annual home value appreciation eased for the third consecutive month in June, stepping down to 19.8% from a record-high 20.9% in April. But the appreciation still towers over the 4.6% year-over-year growth recorded in June 2019. The typical U.S. home value now stands at $354,165 and comes with a monthly mortgage payment that is more than 75% higher than in June 2019.

Home values declined slightly from May to June in San Jose, Seattle, San Francisco and San Diego–all among the five most expensive metros–as well as in Austin, where home values have grown the most throughout the pandemic. Annual appreciation is still robust in these metros — from 15.4% in San Francisco to 25.2% in Austin.

Inventory has risen steadily over the past few months, bringing an annual deficit of 30.4% in January down to 9.1% in June, Zillow said. But the total pandemic hole is far from filled: inventory is still down 46% since June 2019.

The report said extremely expensive metros and those with the largest run-up in prices over the course of the pandemic, such as San Francisco, Austin, Phoenix and Seattle, have inventory levels closest to where they stood in 2019. “This indicates competition in these areas is easing up more quickly than the national average,” Zillow said. “Median time on the market has ticked up, meaning buyers have slightly more time to shop, compare and evaluate options. Listings that go pending are typically doing so in seven days, which means competitively priced homes are still selling at a rapid clip.”