Veros: Home Price Appreciation Could Be Cut in Half 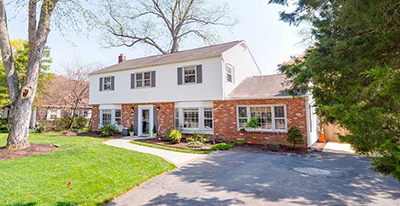 Veros Real Estate Solutions, Santa Ana, Calif., said its upgraded forecast calls for home price appreciation to fall to just half of its current rate over the next 12 months.

The 2nd Quarter VeroFORECAST anticipates home prices will appreciate on average just 4.5% for the next 12 months. This is a drop by almost half from the 7.1% appreciation forecast just one quarter ago.

Veros Chief Economist Eric Fox said the steep decrease in expected average appreciation over the next 12 months is driven primarily by higher mortgage interest rates and lessening demand as some buyers are beginning to hesitate due to recession fears. However, he noted a very low inventory of homes available for sale in many markets, which is preventing prices from slowing even more.

“A 4.5% average annual appreciation forecast signifies that the process has begun to return the market to historically more normal times from the overheated post-pandemic market of the previous two years,” Fox said. “Now that the Fed has finally gotten serious with fighting inflation, interest rates have moved up significantly and that is causing demand in some markets to slow significantly. To be clear, some markets are still quite strong with limited inventory and a large percentage of active listings which are pending. But we are finally starting to see the first signs of some major markets which we are forecasting to depreciate during the next 12 months – Most notably Chicago and New York.”

Karen Picarello, a realtor with RE/MAX Fine Properties in Scottsdale, Ariz., said signs appear of a slowing, yet healthy, market. “With higher interest rates, some buyers are no longer looking, which is lessening overall buyer demand. Buyers with significant cash or equity are being more selective and no longer making offers on houses that are priced significantly above the last comparable sold price,” she said. “Fear of a recession and crashes in both the real estate and stock markets are also impacting the buyers’ willingness to purchase at this point. Still, houses priced ‘at market’ in good condition are seeing robust activity with healthy offers and minimal days on market. So the market is actually in the process of returning to a more normal, healthy market.”

Earlier this week, Black Knight, Jacksonville, Fla., said home price growth slowed in 97 of the 100 largest U.S. housing markets in May, with the national annual appreciation rate pulling back by more than a full percentage point from April.

The company’s monthly Mortgage Monitor report said home price appreciation slowed to 19.3% in May from a revised 20.4% in April, marking the largest single-month deceleration since 2006. Despite the pullback, Black Knight said home prices still rose by 1.5% month over month – nearly twice the historical average for May.