Diversity A Priority for Most CRE Firms 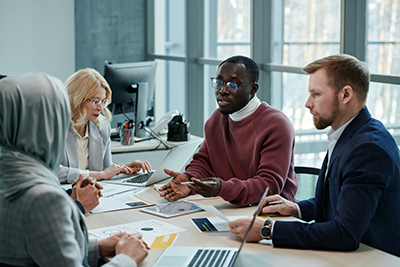 A new survey of diversity, equity and inclusion metrics for commercial real estate found a clear mandate and momentum for making DEI a priority.

The Mortgage Bankers Association has a diversity, equity and inclusion initiative. Click here for more information.

“Organizational DEI practice is critically important to firms across the real estate industry, and measuring progress is essential to making progress,” said Ed Walter, Global CEO of the Urban Land Institute, which produced the report with several real estate organizations.

Of the firms with at least one dedicated DEI employee, he or she is usually at the senior level, the report said. DEI committees also typically report to a C-suite executive or directly to the CEO or other senior leadership.

For all regions, women represent more than half of FTEs at the junior level. The gap between male and female employees widens across regions as professionals progress to executive management positions and board of directors level, the report noted.

The survey recommended recruitment practices as key tools to improve the recruitment of underrepresented professionals, including promoting the organization as a representative workplace to diverse candidates (63 percent), ensuring individuals from underrepresented groups are in the candidate pool before making a hiring decision (61 percent) and seeking to remove bias and adverse impact from the hiring process (60 percent).

In addition, outlining clear job requirements and job expectations is the best way to retain diverse talent in the workplace, with 97 percent of firms saying they have already implemented the strategy or plan to in the next year.

A full 93 percent of CRE firms surveyed said they are already providing or plan to implement work-life balance programs such as childcare and flex schedules in the next year. Work-life balance programs scored highest in Europe, where all firms said they had already implemented the practice or plan to implement the policy, followed by Asia-Pacific and North American firms at 92 percent each.

“Offering work-life balance programs is deemed the DEI policy that has been the most impactful to CRE organizations globally,” the report said. “The second-most impactful policy is ensuring individuals from underrepresented groups are in the candidate pool before making a hiring decision.”