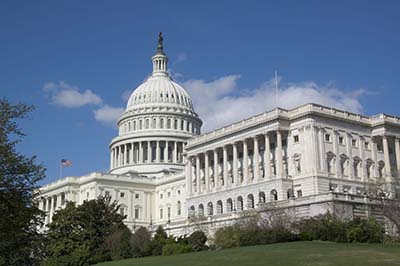 Join the 140+ MBA member companies that have signed MBA’s Home for All Pledge, representing a commitment to promoting minority homeownership; affordable rental housing; and company diversity, equity, and inclusion. One senior executive (e.g., CEO, COO, President) is encouraged to sign this online form on behalf of your organization.

On Thursday evening, the Supreme Court stayed the Emergency Temporary Standard issued by the Occupational Safety and Health Administration requiring employers with more than 100 employees to impose a vaccination or testing requirement in the workplace. The OSHA ETS order was set to take effect January 10; however, the Supreme Court held an emergency session last Friday to hear arguments from several states and numerous employer groups appealing a lower Court ruling upholding the standard. In an unsigned opinion, the Court held that “[a]lthough Congress has indisputably given OSHA the power to regulate occupational dangers, it has not given that agency the power to regulate public health more broadly. Requiring the vaccination of 84 million Americans, selected simply because they work for employers with more than 100 employees, certainly falls in the latter category.”

On Thursday, Acting Federal Housing Finance Agency Director Sandra Thompson appeared before the Senate Banking Committee in consideration of her appointment to a full five-year term. In response to direct questioning from several senators, Thompson testified that “[t]he end state of the enterprises is something that Congress would have to legislate.” Thompson also opined that her focus will be on the “the safety and soundness mission Congress gave to FHFA,” along with ensuring that the GSEs are “providing liquidity across the nation and especially supporting underserved markets,” and advancing credit risk transfer programs to sell mortgage default risk to private investors, “so that the taxpayers are not on the hook for any extreme events.” Committee Chairman Sherrod Brown (D-OH) closed the hearing by restating his broad priorities for GSE reform, offering a belief that a consensus on the topic could emerge.

Testifying before the Senate Banking Committee during his confirmation hearing for a second term, Federal Reserve Chairman Jerome Powell called high inflation a “severe threat” to a full economic recovery and said the central bank was preparing to raise interest rates because the economy no longer needed emergency support. Powell said he was optimistic that supply-chain bottlenecks would ease this year to help bring down inflation as the Fed “takes its foot off the gas pedal.” He also told lawmakers that if inflation stayed elevated, the Fed would be ready to “step on the brakes.” A summary of the hearing can be found here.

On Wednesday, the House passed H.R. 1836, the Guard and Reserve GI Bill Parity Act of 2021, by a bipartisan vote of 287-135 (with 68 Republicans joining all Democrats in support). While the bill would expand eligibility for servicemember educational assistance, it would pay for the program by increasing funding fees on Department of Veterans Affairs guaranteed home loans, including purchase loans, refinances, and Interest Rate Reduction Refinance Loans.

Coastal lawmakers on Capitol Hill dispute the Federal Emergency Management Agency’s conclusion that data it released Tuesday show its new flood insurance rating system will prove to be less costly for National Flood Insurance Program policyholders. This reaction represents the latest skirmish between Congress and FEMA, which administers the NFIP, over the implementation of its new Risk Rating 2.0. That new methodology was rolled out beginning October 1, 2021, and will continue over many years, even as some in Congress attempt to delay its impact. “FEMA is misleading Americans about the calamity Risk Rating 2.0 is about to unleash on American homeowners,” said Senator Bill Cassidy (R-LA).

Recently, after advocacy efforts by MBA and local partners, the West Virginia Division of Financial Institutions announced it will extend its remote work guidance until June 1. The guidance permits employees of regulated entities to temporarily work from home or some other remote location approved by the financial institution, whether located in West Virginia or another state. Regulated financial institutions may permit employees to work at home or from a designated remote location as long as privacy and security issues are adequately addressed.

MBA Education continues to deliver timely programming that covers the spectrum of challenges, obstacles and solutions pertaining to our industry. Below, please see a list of upcoming webinars – which are complimentary to MBA members:

MBA members can register for any of the above events and view recent webinar recordings. For more information, please contact David Upbin at (202) 557-2931.