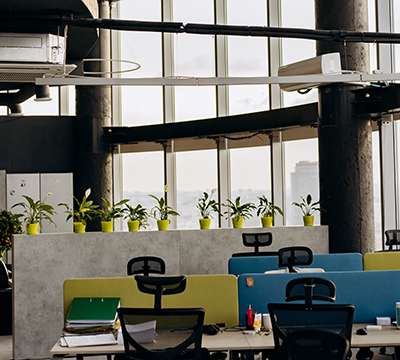 “Omicron has disrupted many economic and social aspects of our return to normalcy, so it is to be expected that office leasing would be affected, too,” said Nicole LaRusso, CBRE Director of Research & Analysis.

But LaRusso called the pause temporary. “Demand for office space likely will resume its recovery early this year as Omicron recedes and companies get back to moving forward with their long-term plans for their offices,” she said.

CBRE reported Boston led the recovery among the 12 largest U.S. markets, with tenants-in-the-market activity 18 percent higher than pre-crisis levels and leasing activity nearly double that benchmark. Next highest on the recovery gauge were Dallas-Fort Worth and Los Angeles, both boosted by robust leasing activity. “Also making gains in their recovery were Atlanta and Houston, both of which pared their sublease availability,” the report said.

The overall tenants-in-the-market index held steady at 86 in December, just shy of its peak in June and July, CBRE said. Most of the 12 markets notched a modest decline in their TIM-index readings, but Houston, Boston and Dallas-Fort Worth exceeded pre-pandemic activity levels.