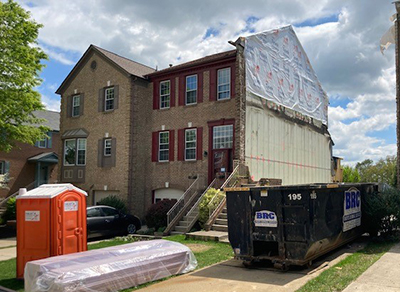 ATTOM released its second-quarter U.S. Home Equity & Underwater Report, which showed 48.1 percent of mortgaged residential properties in the United States were considered equity-rich in the second quarter, an increase from 44.9 percent in the first quarter and from 34.4 percent a year ago. The latest increase, to virtually half of all mortgage payers, marked the ninth straight quarterly rise in the portion of homes in equity-rich territory. The report found that at least half of all mortgage-payers in 18 states were equity-rich in the second quarter, compared to only three states a year earlier.

The report also said just 2.9 percent of mortgaged homes, or one in 34, were considered seriously underwater in the second quarter, with a combined estimated balance of loans secured by the property of at least 25 percent more than the property’s estimated market value. That was down from 3.2 percent of all U.S. homes with a mortgage in the prior quarter and 4.1 percent, or one 24 properties, a year earlier.

“After 124 consecutive months of home price increases, it’s no surprise that the percentage of equity rich homes is the highest we’ve ever seen, and that the percentage of seriously underwater loans is the lowest,” said Rick Sharga, executive vice president of market intelligence at ATTOM. “While home price appreciation appears to be slowing down due to higher interest rates on mortgage loans, it seems likely that homeowners will continue to build on the record amount of equity they have for the rest of 2022.”

The equity scenario continued improving in the second quarter for homeowners around the U.S., mainly because home values kept soaring. After a flat first quarter, the median single-family home price shot up another 9 percent quarterly and 15 percent annually during the Spring of this year to a record $346,000. Sharga said for owners keeping up with mortgage payments – and even many that weren’t – that meant a widening gap between what they owed and what their homes were worth, boosting more home values into equity-rich status.

In addition, down payments for recent buyers have grown from about 5 percent to 7 percent over the past couple of years, resulting in new owners starting off with more equity.

Equity continued on a relentless upward path despite significant economic uncertainties connected to home-mortgage rates doubling this year, inflation soaring at 40-year highs, rising fuel costs and other issues,” the report said. “While the chances of even more improvement remain uncertain, there is little immediate sign that equity gains will flatten out, especially as home buyers keep chasing a historically tight supply of properties for sale.”

Meanwhile, Black Knight reported tappable equity levels hit yet another record high at the national level. However, it noted pullbacks in some of the most equity-rich markets.

“We may well have reached an inflection point,” said Andy Walden, Black Knight Vice President of Enterprise Research and Strategy.

Black Knight also reported home equity continued to climb overall in second quarter, setting a 10th consecutive record high. Tappable equity – the amount available for homeowners to access while retaining at least 20% equity in their homes – hit another record high, climbing to $11.5 trillion, up $500 billion (+5%) from the first quarter and $2.3 trillion (+25%) from a year ago.

Equity growth slowed, however, as home price appreciation began to moderate, with some of the hottest markets even posting equity declines amid rising interest rates and affordability concerns. Black Knight said 11 of the nation’s 50 most equity-rich markets posted declines in second quarter, all of which are in the western U.S., including eight in California. In total, California, which leads the nation with $3.5 trillion (30.5%) of all tappable equity, saw a decline of $155 billion (4.2%) in the second quarter.

Four of the five most equity-rich markets, all on the West Coast, saw equity decline in the second quarter. San Jose, Calif., experienced the strongest pull back, with tappable equity falling by $55 billion (-12%). Tappable equity in Seattle fell by $38 billion (-10%), San Francisco, $42 billion (-5%) and Los Angeles $36 billion (-3%). San Diego, which ranks seventh in tappable equity, also experienced a 5% decline ($15.9 billion).

“With 73% of equity held by borrowers who have locked in first lien interest rates below 4% (half have rates below 3.5%), borrowers may be reticent to access their equity via refinancing. As a result, we expect to see more homeowners turning toward second lien home equity products,” Walden said.