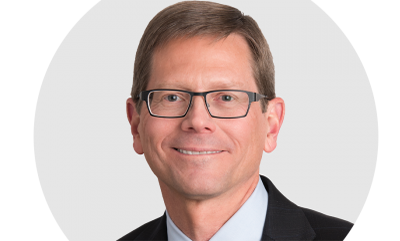 Heid served as Executive Vice President (Home Lending) of Wells Fargo & Co. from 1997 to his retirement in January 2016. He served in a number of positions at Wells Fargo Home Mortgage, the mortgage banking division of Wells Fargo, including as president from 2011 to September 2015, as co-president from 2004 to 2011, and earlier as chief financial officer and head of Loan Servicing. Heid was employed by Wells Fargo or its predecessors since 1988. He also currently serves on the Board of Roosevelt Management Co. and the Advisory Board for Home Partners of America and Promontory MortgagePath.

Benson is currently Fannie Mae’s President, responsible for leading the development and execution of the strategic plan for the organization, as well as leading the Single-Family and Multifamily businesses, and will continue in that role. He has served in a number of executive positions during his 20 years at Fannie Mae, including as Executive Vice President and Chief Financial Officer. He also serves on the Board of Managers of Common Securitization Solutions, a Fannie Mae and Freddie Mac joint venture.

The Board of Directors also announced that it plans to conduct a national search for a permanent CEO.

Separately, Fannie Mae also announced the resignation of Antony Jenkins from the Board, effective May 1, who also cited time commitments as the reason for his departure.

Bair is former Chair of the Federal Deposit Insurance Corp. and Assistant Secretary for Financial Institutions at the Treasury Department, who serves as a Board member or advisor to several companies and nonprofits. She joined the Board in August 2019 and became Chair in November 2020. Jenkins is the founder and Executive Chair of 10xFuture Technologies, after having served in top banking positions, including CEO of Barclays PLC. He joined the Board in July 2018.

“We have a longstanding relationship with Heid, who was an active MBA member and board member when he was CEO of Wells Fargo Home Mortgage,” MBA said. “Both Heid and Benson are great industry champions, and we look forward to our ongoing collaboration of continuing the important work Fannie Mae does on behalf of our nation’s homeowners and renters. The industry remains concerned about the loss of experienced leaders at the GSEs. MBA will continue to work with FHFA and key stakeholders to address this important issue.”

The Huffman Team Joins Stewart Commercial Services in Dallas-Fort Worth

Gulotta brings more than 30 years in mortgage and wholesale operations to Deephaven. He has a track record of ranking in the top five percent for wholesale loan production within the regions he serves.

Hansberry joins Grandbridge from Hansberry Properties in Wellesley, Mass., where he provided asset and development management, financing, equity raising and sourcing joint venture development partners. He also served as director at Berkadia where he opened the Nashville, Tenn., office. Prior to Berkadia, he was a senior associate at Cushman & Wakefield and established its first multi-family practice in Tennessee.