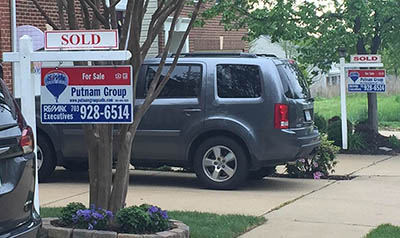 Every region except the West saw a sales decline. In the largest region, the South, sales in fell by 3.0% in March from the prior month to an annual rate of 2,620,000 and fell by 3.0% from one year ago. The median price in the South rose to $339,000, a 21.2% jump from one year prior. For the seventh straight month, the South experienced the highest pace of price appreciation compared to the other three regions.

Vitner said some evidence exists that recent weakness in overall home sales can be attributed to a pullback in demand for second homes, noting Redfin, Seattle, reported second-home demand index dropped for the second month in a row in March, bringing the overall index back to May 2020 levels. Demand for primary residences has remained at roughly the same level since June 2020.

“Despite the recent slowdown, sales are still running at a relatively strong pace,” Vitner said. “The 5.77 million-unit pace hit during the month is a faster pace of sales than at any point between 2008 and 2019.”

“Home prices have consistently moved upward as supply remains tight,” Yun said. “However, sellers should not expect the easy-profit gains and should look for multiple offers to fade as demand continues to subside.”

The report said properties typically remained on the market for 17 days in March, down from 18 days in February and 18 days a year ago. Eighty-seven percent of homes sold in March were on the market for less than a month.

First-time buyers were responsible for 30% of sales in March, up from 29% in February and down from 32% a year ago. “It appears first-time homebuyers are still looking to lock in at current mortgage rates before they inevitably increase,” Yun said.