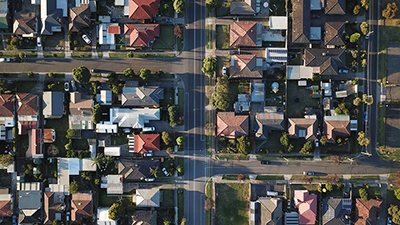 Here’s a quick-hit summary of recent housing reports that came across the MBA NewsLink desk:

Veros Real Estate Solutions, Santa Ana, Calif., released its Q1 2022 VeroFORECAST that anticipates home prices will appreciate on average 7.1% for the next 12 months.

The report said fundamentals remain to keep prices marching higher in most parts of the country. Historically low mortgage interest rates, insufficient new housing starts, very low inventory of homes for sale, the prevalence of all-cash buyers and rapidly declining unemployment rates will continue to keep upward pressure on house prices. Though recent Fed actions have begun to raise interest rates and have started to paint a picture of rising mortgage rates throughout 2022, Veros expects these increases will be “very modest” and leave the historical low-rate environment generally intact.

Veros Chief Economist Eric Fox said rising interest rates should not have an impact on brisk market activity. “The situation the housing market is in today with prices that will not decrease or even slow down would be analogous to the situation of someone trying to lose weight but can’t seem to have success,” he said. “If a nutritionist told them they had to start eating healthy meals, stop eating dessert, stop drinking alcohol, and start going to the gym four times per week to achieve their weight loss goals, and they questioned why they were not losing weight when the single recommendation they had only partially implemented was reducing their dessert from four scoops of ice cream per day to three. That is the situation that today’s housing market is experiencing. We have a long way to go before fundamentals change in a significant way to cause a moderation in prices.”

The forecast calls for the 10 strongest performing markets in the country to be exclusively in the Western United States or Florida, indicating demand being driven by migration South and West. Least-performing markets are largely confined to inland areas in the Midwest and in Louisiana.

Bank servicers reported a decline in loan modifications quarter over quarter to 24% from 40%, while repayment options, including cures, increased significantly to 26% from 11%. Non-bank servicers, however, saw loan modification volume increase to 20% from 18% of workout volume quarter over quarter while repayment options, including cures, rose only slightly to 7% from 6%. This may indicate that non-bank borrowers may not opt for full reinstatement, preferring instead to apply for alternative loan workout options, if qualified.

Redfin, Seattle, reported nearly one-third (32%) of renters nationwide rent because they can’t afford to buy a home where they want to live. Thirty percent of renters are unable to save for a down payment, and 45% say debt is keeping them from buying a home.

The report is based on a Redfin-commissioned survey of 1,500 U.S. residents who currently rent the home they live in and/or are looking for a rental. Respondents to this question had the option of selecting more than one response.

“A lot of American renters want to buy a home, but they’re stuck renting because it’s simply too expensive to break into the housing market,” said Redfin Chief Economist Daryl Fairweather. “That’s especially true since they’re often competing against investors or other deep-pocketed individual buyers. Unfortunately, the fact that buying a home is out of reach for so many Americans is a driver of inequality: Not owning a home means not benefiting from rising home values, one of the main ways to create and pass down generational wealth in this country.”

Redfin said homes are 34% more expensive than they were before the pandemic started, and would-be buyers have half as many homes to choose from. U.S. rental prices are also soaring, with the average monthly asking rent up 15% year over year in February to $1,901.

Debt is the most common financial obstacle for renters, with nearly half (45%) of U.S. renters saying debt from credit cards, student loans, medical bills, car loans, etc. has kept them from trying to buy a home. Respondents to this question had the option of selecting more than one response.

Nearly as many respondents (44%) said home prices are too high where they would want to buy, and 38% said they didn’t have enough income to save money to buy a home. Meanwhile, almost one-quarter (23%) of renters said pandemic-related setbacks like loss of a job or wages have kept them from buying, and 19% said high rental prices are a factor. Just 12% of renters said financial obstacles are not a factor keeping them from buying a home.

The Fannie Mae Home Purchase Sentiment Index fell by 2.1 points to 73.2 in March, as consumers continue to express pessimism regarding the trajectory of mortgage rates and homebuying conditions generally.

Overall, four of the index’s six components decreased month over month, including the components asking consumers whether they expect mortgage rates to go up and whether they believe it’s a good time to buy a home. In March, a survey-high 69% of respondents indicated that they expect mortgage rates to continue their upward ascent. On net, the “Good Time to Buy” component set a new survey low, with 73% of respondents reporting that it’s a bad time to buy a home. Year over year, the full index is down 8.5 points.

“The ‘Good Time to Buy’ component of the index reached yet another record low, with high home prices, rising mortgage rates, and macroeconomic uncertainty serving as consumers’ chief concerns,” said Mark Palim, Fannie Mae Vice President and Deputy Chief Economist. “Only 24% of consumers believe it’s a good time to buy a home, with similar levels of pessimism expressed by nearly all of the demographic groups surveyed.”