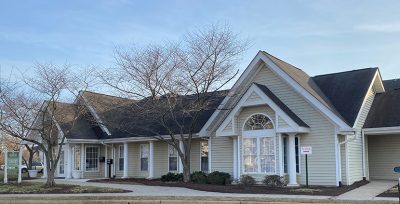 The average monthly rent for new residents just moving in reached $1,582, Willett said. “Rents also are up significantly for those staying in place when initial leases expire, but the pace of price growth is slower than for those moving from one property to another,” he said. People signing renewal leases in August saw 5.2 percent price increases on average.

Zillow, Seattle, reported August’s 11.5 percent annualized appreciation represented the largest rent price increase in its records going back to 2015. Typical monthly rents measured by the Zillow Observed Rent Index have increased nearly $200 over the past year to $1,874.

Zillow reported apartment rents are up the most across the Sun Belt, especially in Las Vegas (24.9 percent), Phoenix (24.8 percent), Tampa (24.7 percent) and Riverside, Calif. (20.6 percent). Rents fell month-over-month in Kansas City and Richmond, Va. and stayed flat in Cincinnati.

“Pushing rents upward, occupancy is also at a new record level,” Willett said. “August 2021 is the first time that occupancy has ever topped the 97 percent mark.”

RealPage noted a wave of young adults forming new households, often after living with their parents when COVID-19 first emerged. This is stimulating demand for moderately priced apartments, Willett said.

“Demand for luxury rental product also is unusually strong, propelled in part by a job market that is in much better shape in high-paying employment sectors than in low-wage positions,” Willett said. “Also, some would-be housing buyers cannot find product to purchase, and some households who took advantage of high pricing and sold their homes now are living in rental units at least for a while.”

“[We] anticipate that the normal seasonality will register again over the coming few months, but there are wild cards in the performance outlook,” Willett said. “First, a resurgence of the COVID pandemic could throw the economic recovery off track. Second, the number of apartment leases that will reach their expiration point through the rest of 2021 is unusually big compared to the late-in-the-year norm. Last year’s leasing pattern was disrupted, pushing demand from the first half of the year into the final months of 2020.”