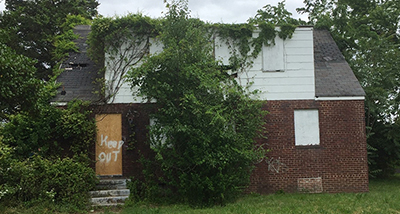 ATTOM said among the nation’s total stock of 98.4 million residential properties, the portion represented by zombie foreclosures remains miniscule: Just one of every 13,060 homes in the third quarter sit empty in the foreclosure process, down from one in 12,256 in the second quarter and from one in 12,486 a year ago.

ATTOM Chief Product Officer Todd Teta said the third-quarter zombie foreclosure numbers reflect one of many measures showing how strong the U.S. housing market remains, but also one likely to face a downturn to varying degrees across the country over the coming year. He cautioned the number of foreclosures – and with it, the number sitting vacant – is almost certain to increase because the federal government recently lifted a 15-month moratorium that had prevented lenders from taking back properties from homeowners who fell far behind on mortgage payments during the pandemic. An estimated 1.5 million to 2 million homeowners were in some kind of forbearance when the moratorium ended in July 2021.

“Vacant properties in foreclosure, and the resulting potential for neighborhood decay, continue to be a non-issue overall in most of the country. But that could easily change over the coming months as lenders are now free to take back properties from delinquent homeowners,” Teta said. “How much, how fast and where that happens will depend on how different banks approach the situation. Some may decide to vigorously pursue foreclosures to recoup losses from the pandemic while others give homeowners more time to get back on their feet. But it’s hard to imagine that zombie foreclosures will continue be so few and far between across the national landscape.”

–7,538 residential properties facing possible foreclosure were vacated by their owners nationwide in the third quarter, down from 8,078 in the second quarter and from 7,961 a year ago. The number decreased, quarter over quarter as well as year over year, in 31 states.

–Among states with at least 50 zombie foreclosures during the third quarter, the biggest decreases from the second quarter to the third quarter were in Maryland (down 39 percent, from 151 to 92). New York continued to have the highest number of zombie properties in the third quarter (2,053), followed by Ohio (939), Florida (912), Illinois (805) and Pennsylvania (366).