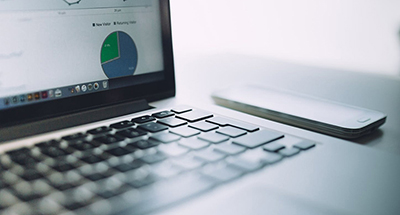 Homeowners sold a record number of homes using an instant buying service in the second quarter and are poised to sell even more in the third quarter, said Zillow, Seattle.

The Zillow analysis found market share for iBuyers reached 1% of all U.S. home purchases for the first time in the second quarter, as homeowners used an iBuying service to sell more than 15,000 homes. Eighty-four percent of homes sold to one of the four largest iBuyers last quarter were not listed for sale beforehand, adding net-new inventory to the housing market when the iBuyers list them for sale.

The report said homeowners in Atlanta, Phoenix and Dallas sold the most homes using an iBuyer service in Q2.

Zillow Chief Operating Officer Jeremy Wacksman said the increase in iBuyers offers some relief for home shoppers, as these homes are listed to be sold on the open market.

“The growing number of homeowners using an iBuyer service clearly demonstrates that sellers desire an easier way to sell their homes, with more certainty and less stress, even in a hot sellers’ market,” Wacksman said. “iBuyers remove some of the traditional home selling pain points, unsticking homeowners previously put off by the hassles of selling a home or worried about timing their next purchase. This brings net-new inventory to the market, mainly at an affordable price point near the middle of the market, adding liquidity to the market that has traditionally been difficult for consumers to navigate.”

The Zillow analysis examined purchases and sales of the four largest U.S. instant buyers — including its own Zillow Offers — in 33 markets across the country, starting in 2018.

Instant buyers, commonly known as iBuyers, are home buying and selling services that typically buy off-market homes directly from sellers at market rate and quickly list them for sale on the open market after making light repairs and updates. iBuyers make light repairs on the homes they purchase and then quickly resell those homes on the open market. Rather than taking homes off the market or investing in large remodels to significantly increase the value of a home, iBuyers act as a connection point between sellers and the eventual buyers.

In the second quarter, 83.6% of homes sold to one of the four largest iBuyers — Zillow Offers, Opendoor, RedfinNow and Offerpad — had not been previously listed for sale on the open market, adding liquidity to the market.

The 15,000 homeowners who used an iBuying service in second quarter sold for nearly $5.3 billion. That’s up from about 7,000 homes sold through an iBuyer for $2.1 billion in the first quarter and breaks the previous quarterly record of 10,400 homes for nearly $2.8 billion in Q3 2019. Market share for iBuyers in Q2 reached 1% of all U.S. home sales for the first time.

Wacksman said the record number of homes sold using an iBuying service last quarter means it’s likely the number of homes listed on the open market and sold by iBuyers to consumers will increase accordingly. iBuyers typically held homes they sold in the second quarter for 64 days, which included getting the home ready to sell, time the home spent on the market and time to close.

Zillow noted the record-breaking quarter came during perhaps the strongest sellers’ market in recent memory. Homes often went pending within a week of being listed on the market and more than a third sold above list price. Even amid a market that is largely advantageous to sellers, this analysis shows the convenience, certainty and control offered when selling with an iBuyer are still valued, and may even be preferable when trying to time the purchase of their next home in a competitive market.

Additionally, the report said the overall median sale price in top iBuyer markets typically grew 9.1% from Q1. Amid this rapid rate of home price appreciation, the homes that iBuyers sold during Q2 typically went for 9.6% more than the purchase price.