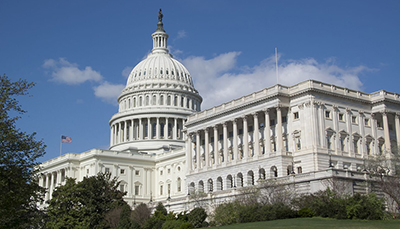 The Senate passed the CR yesterday afternoon by a 65-35 vote; the House followed suit shortly after, approving the CR by a 254-175 vote, with 34 House Republicans joining all Democrats in support; three House members did not vote. President Biden signed the bill several hours ahead of the 11:59 p.m. ET deadline.

Without the CR–and without agreement by key Republicans, as well as progressive and centrist Democrats–the federal government would have been forced to shut down, with disruptions to both residential and commercial/multifamily mortgage lenders and servicers processing FHA, VA, and USDA loans, or loans that need tax transcripts or Social Security number verifications.

MBA developed a memo that highlights key impacts for both single-family and commercial/multifamily markets. The memo also provides links to the most recent resources developed by the relevant federal agencies in prior shutdowns.

MBA will continue to closely monitor this situation and will provide updates as they become available.

Chopra was confirmed as CFPB Director by a 50-48 vote along party lines. His confirmation ends more than half-a-year in limbo amid a backlog of Administration nominees and concerns within the financial services industry that Chopra could return the Bureau to the unpopular “regulation by enforcement” schema that marked the tenure of former Director Richard Cordray.