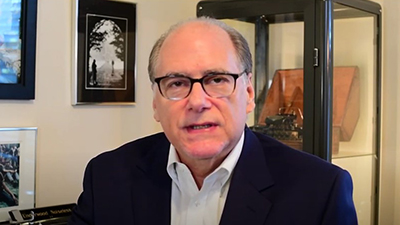 (One in a recurring series about MBA CONVERGENCE, the Mortgage Bankers Association’s affordable housing initiative.)

David M. Dworkin is 17th president and CEO of the National Housing Conference, the nation’s oldest housing coalition, founded in 1931. Prior to joining NHC in 2018, he was a senior policy adviser at the U.S. Department of the Treasury, where he advised Department officials on matters related to housing and community development. He also served as a member of the President Barack Obama’s Detroit interagency team, where his responsibilities included developing and implementing strategies to assist in the City of Detroit’s revitalization.

Prior to joining the Treasury Department, he was CEO and Founder of Affiniti Strategies, a political consulting firm that assisted clients build political relationship capital. Mr. Dworkin served in a number of leadership positions at Fannie Mae. His service in the administration of President George H.W. Bush included the State Department’s acting deputy assistant secretary for legislative affairs. As national security advisor to Rep. Rod Chandler, R-Wash., he was recognized by Secretary of State James A. Baker III for his key role in the negotiation of the Bipartisan Accord on Central America, which led to the end of Nicaragua’s civil war and inauguration of its first democratically elected government.

Dworkin was a freelance foreign correspondent and photographer for The Detroit News, where he covered the war in Afghanistan. In 1984, he was the first Western journalist to cross the Safed Koh mountain range with the rebels fighting in the region known as Tora Bora.

MBA NEWSLINK: Why is Black homeownership important to you and NHC?

DAVID DWORKIN: The experience of Black homeowners during the Great Recession devastated the progress made in narrowing the homeownership gap over the previous 15 years. During the run up to the crash in the early 2000s, Black homeowners were serially refinanced out of good loans and into bad ones by predatory lenders, stripping home equity that could have mitigated the damage done during to the recession, especially those in minority neighborhoods.

NHC’s unique role as the place where housing leaders in industry and affordable housing advocacy come together to get things done provides us a unique opportunity to develop solutions to address the lingering impact of the Great Recession on Black homeownership. This role is existential to NHC and our mission.

NEWSLINK: Why do you think the Black Homeownership Collaborative is important to MBA and its affordable housing efforts?

DWORKIN: MBA has been a major thought leader in our effort to address the crisis in Black homeownership. Without lenders, we cannot turn the tide and achieve our objectives. Many of the impediments to broader housing affordability involve factors beyond legislation and regulation. We have to make these loans make economic sense and much easier to market, originate and service if our efforts will be scalable.

The Black Homeownership Collaborative is a forum for a diverse range of housing and civil rights leaders to bring our broad experience together to solve problems and innovate together. As a collaborative, our independent initiatives can leverage each other. This is an essential component of the collaborative approach.

NEWSLINK: What is your top priority for the Black Homeownership Collaborative?

DWORKIN: Our top priority is creating 3 million net new Black homeowners by 2030. To accomplish that, we have to make significant progress in all elements of the 7-Point Plan. Over the coming months, the immediate priorities are enactment of a historic level of targeted down payment assistance, and passage of the Neighborhood Homes Investment Act, which has strong bipartisan support. We are also working together with FHFA to ensure that Fannie Mae and Freddie Mac play a much more active role in helping lenders make more loans to People of Color and in underserved markets.

NEWSLINK: What else would you share with MBA members who want to get more involved in advancing Black homeownership?

DWORKIN: Your intellectual capital is your most important investment in this initiative. We must understand what you need to better serve these markets. We have already received vital support from the MBA and many of its members, but there is always room at our table for more help and fresh innovation.

A video in which Dworkin talks about the NHC/MBA collaboration can be seen here.

CONVERGENCE is driving collective action with lenders, other industry participants and government partners to facilitate new solutions to our nation’s rental and housing affordability challenges. By using a cohesive approach, CONVERGENCE promotes more sustainable, affordable homes for purchase and rental for underserved people and communities, especially minorities and low-to-moderate-income Americans.