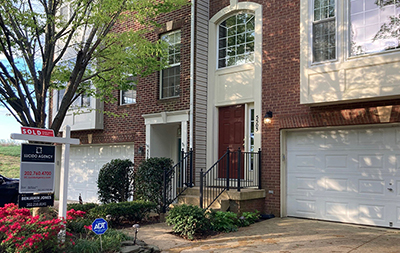 The two largest population cohorts in the U.S.—Baby Boomers and Millennials—are competing for scarce supply of homes in most markets. And, according to an analysis by Zillow, Seattle, Boomers are winning in most cases.

The analysis found with an aging population helped by an improving economy, individuals of every age group over 30 were buyers at higher rates in 2019 than those same age groups in 2009. However, the major construction slowdown after the Great Recession contributed to a lower rate of American households forming in the years since that time; there simply have not been enough homes for everyone who wanted to move out on their own.

Young people make up a smaller share of recent home buyers than in previous years, indicating there is still much pent-up demand from millennial households. But Americans 60 years and older are more active in the housing market than a decade ago. And longtime homeowners who can tap equity gains have an advantage over younger buyers, who are often bidding for their first home and usually aren’t able to include as much cash in their offers.

“Even before the pandemic, the largest-ever generation entering their 30s and the hangover from more than a decade of underbuilding were on a collision course set to define the U.S. housing market,” Tucker said. “The pandemic supercharged demand for housing, bringing the shortage into relief sooner than we expected, as millennials sought bigger homes with Zoom rooms, and older Americans accelerated retirement plans, spurring moving decisions.”

Zillow reported even as millennials are the biggest players in the U.S. housing market, buyers are trending older. The median age of a recent buyer — somebody who bought a home in the past year — rose to 44 in 2019, up from 40 in 2009. That’s largely because baby boomers, who make up a big share of the population, are also more active in the housing market than those their age 10 years ago. The share of recent buyers who are 60 years and older grew 47% from 2009 to 2019. Over the same period, the share of recent buyers ages 18–39 fell 13%.

Tucker said this means that millennials, already grappling with skyrocketing housing costs from pre-pandemic housing trends and student debt that make saving for a down payment a steep hill to climb, also generally have more competition from their parents’ and grandparents’ generations than their predecessors did. That dynamic is likely one reason the share of buyers who were buying their first home has trended down from 46% in 2018 to 37% in 2021.

More than half of homes sold this past July went for above their list price, usually meaning the buyer expected the home to receive multiple offers. U.S. home values grew 31.2% from 2009 to 2019, and they’ve grown an additional 22% since then, representing massive equity gains for longtime homeowners. Because baby boomers are more likely to be homeowners who can use the proceeds from the sale of their current home toward their next one, they have a built-in advantage in a bidding war against younger buyers, who are often buying their first home.

“There are many hurdles millennials must overcome when buying homes of their own, one of them being fierce competition from the next-most-populous generation: baby boomers,” Tucker said. “Whether downsizing or moving to a new town, baby boomers being more active means competition that previous generations did not have when buying their first home. And older buyers have the advantage of a lifetime’s worth of savings and home equity to leverage in a competitive offer.”

In 2019, many of the same forces driving moves during the pandemic were already in place; buyers were seeking affordability, and markets in the Sun Belt were drawing new buyers. Jacksonville had the highest share of households that had bought their home within the past year (5.6%), with Tampa (5.5%), Denver (5.4%), Phoenix (5.4%) and Nashville (5.1%) rounding out the top five. Ultraexpensive metros San Francisco (2.9%), New York (2.6%) and Los Angeles (2.1%) had the smallest share of recent buyers.

The analysis also shows how younger buyers are seeing more luck in less expensive areas, perhaps after being priced out of metros where homes are more expensive. Home buyers ages 60 and older made up a bigger share in sunny retirement destinations, such as Miami (36%), Tampa (34%) and Phoenix (32%), than the nation as a whole (24%). Buyers skewed younger in markets such as Buffalo (57% of recent buyers ages 18–39) and Salt Lake City (56%). The San Jose metro, where 54% of 2019 buyers were ages 18–39, is a notable exception, likely helped by a high median income in that market.

Previous Zillow research showed increased flexible work options have the potential to make homeownership an affordable possibility for millions of U.S. renters — who tend to be younger — and may especially benefit Black renters looking to buy their first home.