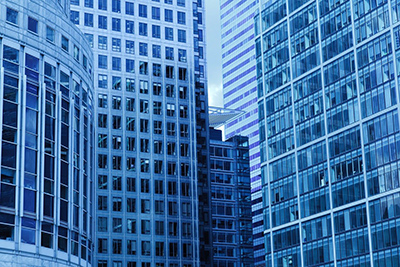 “The COVID disruption led to large segments of the domestic and global economies shutting down compared to slowdowns in the previous recessionary periods,” KBRA said in a new report, Commercial Mortgage-Backed Securities Default and Loss Study: Default Volatility, Loss Stability. “In the wake of COVID-19, loan defaults skyrocketed almost instantaneously before reversing course and declining fairly rapidly in contrast to what transpired in the aftermath of the Great Recession in 2008. Loss metrics, however, still have a while to play out before defaults are resolved.”

KBRA noted some sectors, including industrial real estate, continue to benefit from the sudden acceleration in e-commerce, while the lodging sector remains hamstrung by the loss of commercial and group travel. “Nonessential retail–which also bore the brunt of government-mandated shutdowns in the early days of the pandemic and the more lasting impacts on consumer shopping behavior–was also significantly affected,” the report said. Multifamily and office appear to have weathered the storm in most markets, although the longer-term effects on the latter’s performance as a result of evolving work-from-home practices remains uncertain.”

KBRA studied conduit CMBS loans originated for securitization between 1995 and 2020. It found a 16.8 percent cumulative default rate within the study population, up 1 percent since its last report in 2018. Of the 2,001 additional defaults observed since the 2018 study, the vast majority (80.1 percent, 1,613 loans) were defaults that occurred last year. As such, the 2020 annual default rate of 7.5 percent is significantly higher than the 0.8 percent annual default rate in 2019, largely due to the pandemic.