Welcome News for the Retail Sector 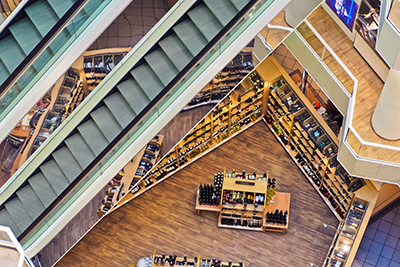 LaSalvia said real estate stress due to the pandemic never materialized in the sector in a systemic way. “Although, as the recent pull-back in consumer sentiment confirms, we are not yet out of the woods,” he said. “This is especially true for the weakest assets in metros and regions where population growth is suffering. We still expect there will be a few headaches out there for owners and investors in these areas and these struggles will hold down national level metrics over the next few quarters.”

As for regional malls, the report said their performance seems to have bottomed out during the second quarter and may now be turning a corner. Mall vacancies decreased 10 basis points, bringing the vacancy rate slightly down from its 11.5 percent cyclical high. “This was the first vacancy rate drop for the beleaguered sector in two years,” the report said. Asking rents grew by a solid 0.2 percent for the second consecutive quarter but rent levels are still down a bit over 2 percent for regional malls since the pandemic began.

“Moving forward, consumer sentiment has turned sour, and we are still concerned about the problems a potential cold weather spike in COVID infections would have for malls,” LaSalvia said. “With this said, other indicators point to a strong holiday spending season. If this is the case, it would certainly help drive mall traffic, especially in well-kept properties with a large and diverse set of tenants.”

With two quarters of positive results, Moody’s is gain confidence that the worst is over for retail, LaSalvia said. “Does this mean we are bullish on the sector? Probably not, but without any significant health or economic setbacks, it is likely that any remaining stress will be reserved to specific markets and properties,” he said.