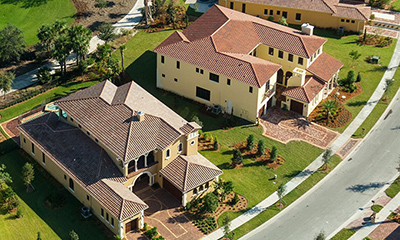 ATTOM, Irvine, Calif., said a record 39.5 percent of mortgaged residential properties in the United States were considered equity-rich in the third quarter.

The company’s quarterly U.S. Home Equity & Underwater Report said that was up from 34.4 percent in the second quarter and from 28.3 percent a year ago.

The report also said just 3.4 percent of mortgaged homes, or one in 29, were considered seriously underwater in the third quarter, with a combined estimated balance of loans secured by the property of at least 25 percent more than the property’s estimated market value. That was down from 4.1 percent of all U.S. homes with a mortgage in the prior quarter and 6 percent, or one 17 properties, a year ago.

Todd Teta, Chief Product Officer with ATTOM, said the improvements at both ends of the equity scale represented some of the largest quarterly gains in two years and provided yet another sign of how strong the U.S. housing market remained in the third quarter, even as the broader economy only gradually recovered from damage resulting from the coronavirus pandemic that hit early last year.

“Homeowners across most of the United States could sit back with a smile yet again in the third quarter and watch their balance sheets grow as soaring home prices pushed their equity levels ever higher. Amid the best gains in two years, nearly four of every 10 owners found themselves in equity-rich territory,” Teta said. “For sure, some uncertainty lies ahead as other key market barometers have been a bit shaky as of late. And the coronavirus pandemic remains a threat. But there is [no] doubt that homeowners continue benefiting big-time from the relentless home price increases we are seeing around the country.”

The report noted equity increases between July and September came as the median home price nationwide rose 4 percent quarterly and 16 percent year over year, to a record of $310,500. Median vales rose up at least 10 percent annually in two-thirds of metro-areas around the country. Those ongoing price runups continued boosting equity because they widened gaps between what homeowners owed on their mortgages and the value of their properties.