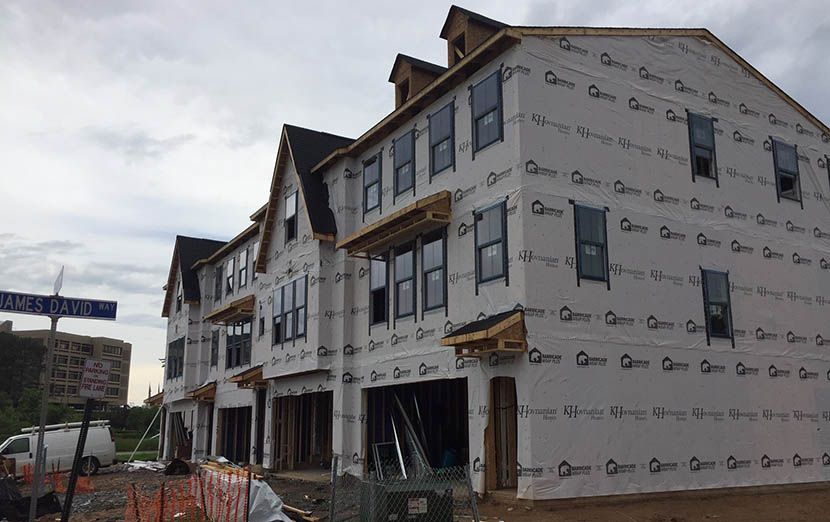 New home sales took a double hit yesterday, according to HUD and the Census Bureau: not only did April new home sales fall by nearly 6 percent, March sales revised sharply downward by more than 10 percent.

Regionally, only the West saw any improvement month over month, but all four regions saw year over year increases. Sales in the West increased by nearly 8 percent in April to 316,000 units, seasonally annually adjusted, from 304,000 units in March and improved by 11.6 percent from a year ago.

“While the large negative March revision was unanticipated, a sales decline in April was expected,” said Doug Duncan, Chief Economist with Fannie Mae, Washington, D.C. “The earlier Census report on housing starts showed a significant drop month over month. We interpret today’s release to be additional evidence that material prices and a lack of labor and lots are holding back sales.”

“Sales were revised lower for two of the three prior months, including a massive downward revision to the March data, which is a big reason why sales came in so much below expectations,” said Mark Vitner, Senior Economist with Wells Fargo Securities, Charlotte, N.C. “We doubt the lower April sales figure marks a major deceleration for new home sales, though the latest round of price increases may be giving some would-be buyers pause. The median sales price of a new home has surged 20% over the past year to $372,400, reflecting both strong demand and higher construction costs. Builders are still selling virtually everything they build, however, with inventories of completed homes remaining near historic lows.”

“The rising inventory of homes not yet started likely reflects efforts by builders to wait for the supply of lumber and other building materials to catch back up with demand,” Vitner said.