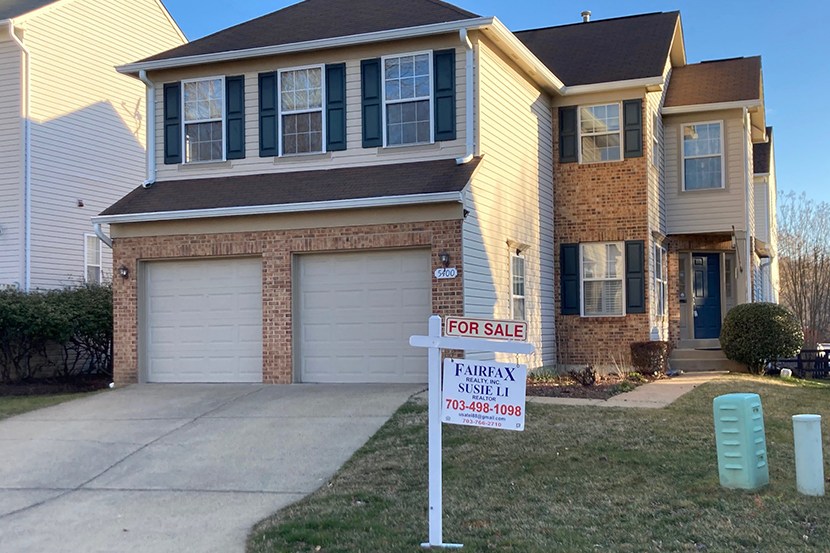 Here’s a rapid-fire summary of recent reports on the housing and housing finance industries:

ACES Quality Management, Denver, said its quarterly ACES Mortgage QC Trends Report covering the third quarter showed an overall critical defect rate of 2.34%, a marked increase from prior quarters and is the highest observed since ACES began publishing its report in 2016.

“Without a doubt, Q3 2020’s critical defect rate was the highest we’ve seen since ACES began publishing the QC Trends Report in 2016, and while there are multiple factors that attributed to the 25% increase in critical defects, the majority of them were COVID-related,” Volpe said. “Given that many of these factors are still at play, we expect to see continued volatility in defect rates for at least several more quarters. However, we did see a decline in EPDs in Q4 2020 to just 110% of their pre-pandemic levels, which provides a measure of optimism after hitting a 200% increase in Q3.”

“Despite record interest rate lows, there was still plenty of volatility in the mortgage markets in 2020, as evidenced by the data from Q3. With the pandemic’s end not quite yet in sight, lenders need to remain vigilant of the trends impacting their loan quality,” said ACES CEO Trevor Gauthier.

The report is available here.

Zillow, Seattle, said a refundable, advanceable tax credit of up to $15,000 for first-time homebuyers, similar to the one suggested by President Joe Biden, could catapult millions of renter households into first-time homeownership.

Zillow research found with a 3.5% down payment on a 30-year mortgage with a 3% interest rate, 9.3 million renter households in the U.S. (27.4%) would spend less than one-third of their income on the monthly payment for the median home sold in their metro in 2020. An advanceable tax credit would remove for them what two-thirds of renters cite as the single biggest barrier to homeownership — saving for a down payment. Other hurdles include qualifying for a mortgage and job security.

“Legislation that reduces barriers to homeownership could allow millions of renter households to finally enjoy the stability and wealth-building owning a home can provide,” said Zillow economic analyst Alexandra Lee.

Bankrate.com, New York, said 16 percent of U.S. adults moved or relocated for an extended period during the coronavirus pandemic, with younger adults being the most likely. This includes 10% who moved permanently or are still at the new location and 6% who relocated but have since returned home.

Parents with children under the age of 18 (23%) were also more likely to have moved.

“Many Americans switched locations during the pandemic, either permanently or for a temporary change of scenery,” said Bankrate.com analyst Zach Wichter. “With work routines upended, along with the ability to work from anywhere, the pandemic offered people the opportunity to move closer to their families or to a more affordable location.”

“Decades of segregation and economic inequality shoehorned many people of color—especially Black Americans—into living in neighborhoods that are more vulnerable to climate change,” said Redfin senior economist Sheharyar Bokhari. “Redlining kept home values in Black neighborhoods depressed, which in turn meant there was less money invested and reinvested in those neighborhoods for decades to come.”

Redfin said because of decades of disinvestment, formerly redlined neighborhoods aren’t as financially equipped to prepare for and recover from natural disasters, which are becoming increasingly common. The 2020 Atlantic hurricane season was the worst on record, with 29 named storms. Climate has caused sea levels to rise at an accelerated pace, enabling storm surges to move farther inland and causing even more destructive flooding.

WalletHub, Washington, D.C. issued its Coronavirus Money Survey, noting the COVID-19 pandemic had a “staggering impact” on the U.S. in 2020, both in terms of public health and the economy.

“Though the country is making steady progress with vaccination, reopening and job gains, it will still be months before we can restore normalcy,” said WalletHub Analyst Jill Gonzalez. “Though the situation in the U.S. has begun to improve, and the government has provided multiple stimulus packages, many people are still reeling from the damage done by the pandemic.”

–Money problems are a huge source of stress. Money problems have now surpassed COVID-19 as being the top stressor in America, a 15% change since last year.

–The pandemic causes more need for credit cards. Twenty-nine million more Americans say they will apply for a new credit card this year due to coronavirus, compared to last year.

–Women’s spending has increased more. Women are 16% more likely than men to say they spend more money due to coronavirus.

–Many Americans have decided to start saving. Sixty-one percent of Americans are saving more money during the coronavirus pandemic, rather than spending more.

–Touching cash is less scary. Nearly 30% fewer people than last year believe it is possible to contract COVID-19 from money.

“Financially, 2020 was such a difficult year that roughly 145 million Americans cannot afford another year like it,” Gonzalez said. “Luckily, the U.S. is rolling out the COVID-19 vaccine, which will help conditions in the country approach normalcy more and more over the coming months. The American Rescue Plan, which comes with $1,400 direct payments, should also help ease the burden on people’s finances this year.”

Redfin: Record 36% of Homes Sold Above List Price in February

Redfin, Seattle, reported the national median home-sale price rose 14.4% year over year to $336,200 in February, the largest increase seen since July 2013. Closed home sales rose by 5% from a year earlier and pending sales were up 21%. New listings fell 16%—the second-largest decline on record since Redfin’s data began in 2012, only passed by the drop in April 2020.

The report said the shortage of homes for sale is making homebuyer competition intense; 36% of homes sold last month went for more than their asking price, the largest share on record. This extreme imbalance between supply and demand is the primary factor rapidly driving up home prices.

“This is the strongest seller’s market since at least 2006,” said Redfin Chief Economist Daryl Fairweather. “Buyers outnumber sellers by such a huge margin that many homeowners are staying put because they know how hard it would be to find a place to move to. It seems like the only move-up buyers who are confident enough to list their homes are those who are relocating to a more affordable area where they’ll have an edge on the local competition.”

Median sale prices increased from a year earlier in all but one of the 85 largest metro areas Redfin tracks. The only place prices didn’t increase was San Francisco, where they were flat from a year ago. The largest price increases were in Bridgeport, Conn. (+31%), New Haven, Conn. (+31%) and Camden, N.J. (+24%).