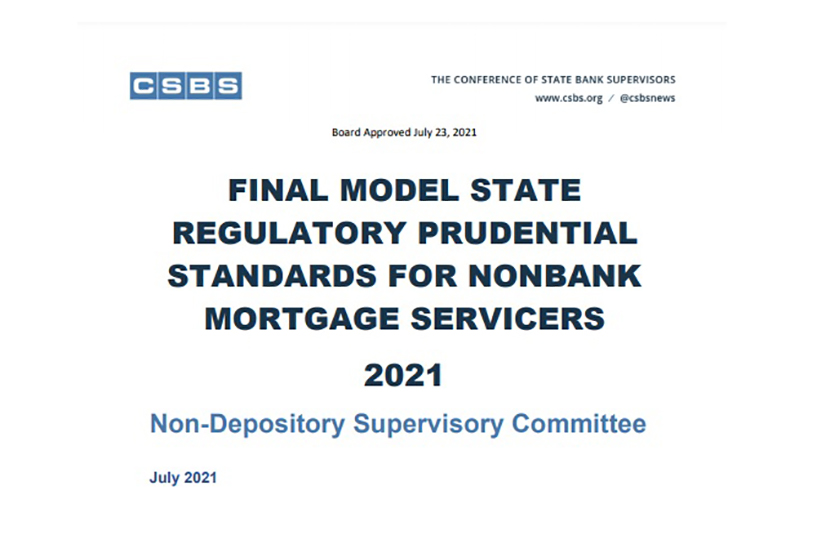 Broeksmit noted MBA appreciates that CSBS created model capital and liquidity standards for nonbank servicers consistent with MBA’s call for a uniform standard that can be applied across all 50 states. “Just as important, this framework mirrors the federal standards for Fannie Mae, Freddie Mac and Ginnie Mae and is scalable for smaller servicers that operate only in a handful of states and service a small number of loans,” he said.

Broeksmit said uniform standards, aligned with federal requirements that apply to GSE and government loan servicing, will ensure that independent mortgage banks are not subjected to conflicting supervisory standards across the states in which they operate. “This will lead to a more consistent and efficient state regulatory system for lenders and regulators alike,” he said. “MBA looks forward to working with state regulators and legislators to drive adoption of the CSBS standards.”