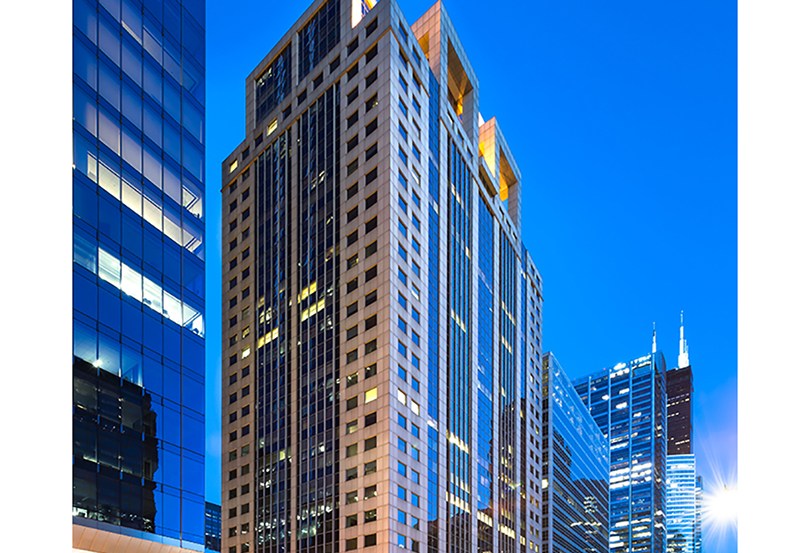 In the larger of the two financings, Mesa West provided Chicago-based LaSalle Investment Management with a $37 million mezzanine loan to refinance and stabilize 123 N. Wacker Drive, a 30-story, 549,000-square-foot Class A office building in Chicago’s West Loop. LaSalle acquired the 1986-vintage building, which had not been renovated since it was built, four years ago. LaSalle increased occupancy from 53 percent to 69 percent after a multi-million dollar capital improvement program, said Matt Snyder, who led the Mesa West Capital origination team.

“It took a black swan event [the COVID pandemic] to stop LaSalle’s positive leasing momentum at 123 Wacker,” Snyder said. “Benefiting from an A-plus riverfront location, this newly renovated and highly amenitized building has proven to be competitive with the more expensive new construction and will do well as the market recovers.”

Mesa West Capital also provided the joint venture of Montana Avenue Capital Partners and Arsenale SGR with a $10 million mezzanine loan to facilitate the sale/lease-back of a four-building flex portfolio in San Diego with Millennium Health.

The financing is secured by the former corporate headquarters, warehouse and lab facilities of Millennium Health, in northern San Diego County’s Rancho Bernardo submarket. Millennium Health will continue to occupy adjacent buildings at 11501 Rancho Bernardo and 16981 Via Tazon under long-term leases as part of the sale-leaseback.  Millennium Health also signed short-term leases for the two remaining buildings at 16980 Via Tazon and 15330 Avenue of Science. A portion of the overall loan proceeds will be used to pay for costs associated with stabilizing the buildings upon the expiration of the short-term leases.

“Unlike traditional office users, many flex users cannot work from home and need physical space to house inventory and equipment, so the sector has fared well during the pandemic,” said Mesa West Vice President Brian Hirsh, who originated the financing. “Rancho Bernardo is a tight market with limited availability for large blocks of space.”