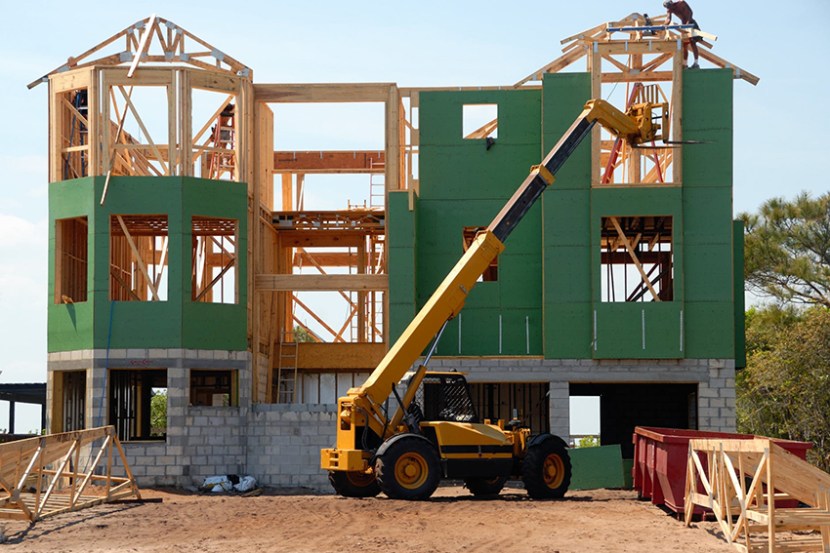 HUD and the Census Bureau gave the housing and real estate finance industry something to cheer about Friday, reporting the strongest jump in housing starts in 13 years.

“On a seasonally adjusted basis, housing starts jumped in December to their highest level in 13 years, said Mike Fratantoni, Chief Economist with the Mortgage Bankers Association. “Surprisingly, single-family starts increased relative to November even on an unadjusted basis–unusual at this time of year–and was driven by a rise in the South.”

Fratantoni noted while single-family permits rose by nearly 11 percent from last year, “the level suggests that this jump in starts is unlikely to persist, and we would expect them to return back below 1 million this spring. However, the trend in activity remains quite positive, and as more units are completed, inventories will grow, and this will support a faster pace of home sales in the spring of 2020.”

“The market is ripe for homebuilders to ramp up new home construction to meet the growing demand,” Kushi said “This month’s 10.8 percent year-over-year increase in single-family permits is a welcome sign of new inventory to come.”

Kushi noted housing demand has outstripped supply since 2009. “The last report of 2019 represents modest progress towards bridging the gap between supply and demand, as the number of completed homes, which is additional new net supply added to the housing stock, increased by nearly 20 percent compared with a year ago,” she said.

“Big jumps like this are not unusual for December,” Vitner said. “The seasonal adjustment factors for the month are huge and unseasonably mild weather, as we had this past December, can often lead to exaggerated jumps in the seasonally adjusted data. There is also a tendency for multifamily starts to surge at year-end, as developers race to get projects started ahead of new mandates that tend to begin at the start of each year.”

Vitner said if December’s strong numbers stand up, single-family starts will slightly exceed Well Fargo’s 2019 forecast and multifamily starts, most of which are high-end lifestyle apartments, will “significantly exceed” expectations. “But it is not uncommon for big gains in housing starts to be scaled back when more complete data are reported,” he said. “Yet even if we see December’s gains trimmed, the trend of the preceding three months suggests that home building has begun 2020 with strong momentum.”

HUD/Census said privately owned housing units authorized by building permits in December came in at a seasonally adjusted annual rate of 1.416 million, nearly 4 percent below the revised November rate of 1.474 million, but 5.8 percent higher than a year ago (1.339 million). Single‐family authorizations in December came in at 916,000; 0.5 percent  below the revised November figure of 921,000. Authorizations of units in buildings with five units or more came in at 458,000 in December, down by 11.1 percent from November (515,000) and down by 3 percent from a year ago.

HUD/Census estimated 1.369 million housing units were authorized by building permits in 2019, nearly 4 percent higher than a year ago (1.317 million).