Signs of Wavering in Remodeling Forecasts 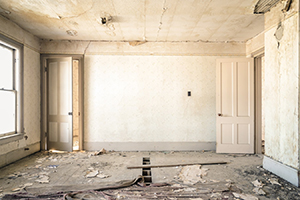 Annual gains in homeowner spending for improvements and repairs are set to “give out” by the second half of next year, according to the Leading Indicator of Remodeling Activity report from the Remodeling Futures Program at the Joint Center for Housing Studies of Harvard University.

The LIRA projects that annual home improvement and maintenance expenditures will post a modest decline of 0.3 percent through third quarter 2020.

“Continued weakness in existing home sales and new construction will lead to sluggish remodeling activity next year,” said Chris Herbert, Managing Director of the Joint Center for Housing Studies. “Slowdowns in other key indicators of improvement spending–project permitting, sales of building materials, and home prices–also suggest the remodeling market may be reaching a turning point.”

Abbe Will, Associate Project Director in the Remodeling Futures Program at the Center, said at $325 billion, owner improvement and repair spending in the coming year is expected to essentially remain flat compared to market spending of $326 billion over the past four quarters. “However, today’s low mortgage interest rates may help counter some of these headwinds, which could buoy home improvement expenditure over the coming year,” she said.

In a separate, more optimistic report, the National Association of Home Builders’ Remodeling Market Index posted a reading of 55 in the third quarter, unchanged from the previous quarter. The RMI has been consistently above 50–indicating that more remodelers report market activity is higher compared to the prior quarter than report it is lower–since second quarter 2013.

“The demand for remodeling is fueled by a healthy labor market and low interest rates,” said NAHB Chief Economist Robert Dietz. “However, the remodeling market is still constrained by high costs and lack of skilled labor.”