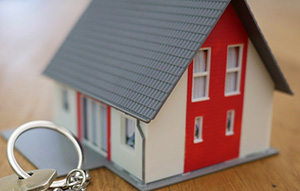 HUD and the Census Bureau yesterday reported sales of new single‐family houses in September fell slightly from August but improved strongly from a year ago.

Regionally, sales fell in September in all regions except the Midwest, where sales rose by 6.3 percent to 67,000 units, seasonally annually adjusted, from 63,000 units in August but fell by 17.3 percent from a year ago.

“Lower mortgage rates are lifting demand,” said Mark Vitner, Senior Economist with Wells Fargo Securities, Charlotte, N.C. “The data are highly volatile and subject to heavy revisions, but the trend in new home sales is one of strength.”

Vitner said lower mortgage rates have been “closer to a panacea” for new home sales than for resales, which are up only 3.9% year-over-year, compared to a 15.5% rise in new sales. “Existing home sales are more likely to be all-cash–roughly 20% of sales, according to the National Association of Realtors, compared to around 5% of new home sales,” he said. “Mortgage apps have cooled the past month but continue to augur improving sales in coming months.”