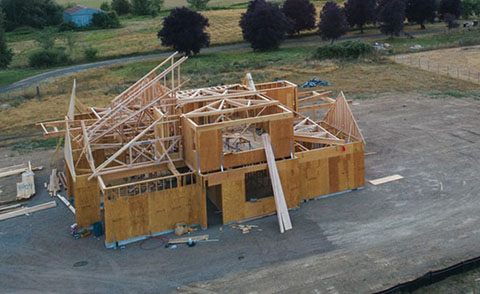 Joel Kan, MBA Associate Vice President of Economic and Industry Forecasting, noted the 28 percent drop in multifamily starts was a reversal from a 41 percent increase in August. The the-month average was down around 3 percent.

“More importantly to home purchase market, single-family starts remained robust, increasing slightly to a pace of 918,000 units, the highest since May,” Kan said. “However, the increase in single-family starts was solely concentrated in the South. Most of the country still needs more new construction to meet job growth and demand. It is promising that single-family permits continued to rise, increasing for the fifth consecutive month.”

As reported earlier this week in the MBA September Builder Applications Survey, some of the weakness in the data in September was likely the result of increased market volatility and uncertainty. “Overall, the underlying trends remain relatively strong,” Kan said. “The upward trend in single-family starts and permits bodes well for increased housing supply in the coming months, which has been a limiting factor for housing growth for a number of years.”

“Home building is on the mend,” Vitner said. “New home construction continues to gain traction, despite this morning’s seemingly disappointing headline of a 9.4% drop in overall starts in September. All of last month’s drop was in multifamily, which likely reflects growing caution on the part of lenders and developers amid slowing job growth and this past summer’s inverted yield curve-fueled recession scare.”

Vitner noted multifamily starts have fallen in three of the past four months, with the lone rise coming in August, when seasonally adjusted starts surged 41.4% to a 471,000-unit pace. “Multifamily permits have not been anywhere near as volatile, averaging a 488,000-unit pace over the same four-month period, more than 100,000 units higher than starts,” he said. “A gap that large would normally suggest that there is a large pipeline of projects waiting to get started. Our sense is that two variables are at play. Lenders have grown more cautious about extending credit for apartment projects. Condominium development has also slowed as limits on the deductibility of property and state income taxes have cooled sales in many condominium-dependent markets, such as New York City and Miami. In addition, some projects, mostly in the South, are likely held up by the inability of builders to find the workers they need.

HUD/Census reported privately owned housing units authorized by building permits in September fell to a seasonally adjusted annual rate of 1.387 million, 2.7 percent below the revised August rate of 1.425 million but 7.7 percent higher than a year ago (1.228 million). Single‐family authorizations in September rose to 882,000. 0.8 percent higher than the revised August figure of 875,000.  Authorizations of units in buildings with five units or more fell by 7.5 percent to 470,000 in September, down from 508,000 in August but up by nearly 21 percent from a year ago.

The report said privately owned housing completions in September fell to a seasonally adjusted annual rate of 1.139 million, 9.7 percent below the revised August estimate of 1.262 million and 1 percent below a year ago (1.150 million). Single‐family housing completions in September fell to 852,000; the September rate for units in buildings with five units or more fell by nearly 11 percent to 285,000 units, down from 320,000 units in August and down by 6.3 percent from a year ago.