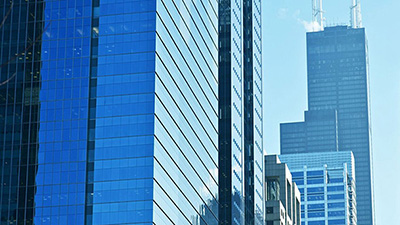 CRE investment reached its highest first-quarter level on record at $292 billion this year. The previous first-quarter record, $225 billion, dates to 2018.

JLL said offices, hotels and retail all saw quarterly investment figures rise year-over-year. Each of those sectors suffered during the pandemic.

“From monetary policy changes to transport and trade bottlenecks and labor shortages–as well as the demand pressures created by companies looking to either nearshore or reshore–the real estate sector has a lot to ponder at present,” JLL said.

The report said office investment increased to $81 billion globally during the first quarter, the highest level since 2007. Investors showed similar confidence in the retail and hotel sectors. Global retail investment volumes rose to $38 billion, nearly doubling from the year earlier, while hotel investment reached $16 billion, up 127 percent in the same period.

“Technology companies continue to be a major driver of demand for office space, with the tech industry accounting for the largest share of space leased in the U.S. since the start of the year,” said Matthew McAuley, Research Director for the JLL Global Insight team. “Demand is at its highest for new or best-in-class space, so it’s clear that the flight to quality continues.”

In addition, McAuley noted new industrial space cannot deliver fast enough to meet demand despite record levels of new construction. He said the inability to keep up with demand pushed vacancy levels in most major logistics markets below 5 percent.

With dry powder now estimated to be at $388 billion, finding a home for capital will remain a challenge, JLL said. “With many investment funds oversubscribed, where and how capital is deployed remains the critical discussion. But large, mature markets dominate and investors’ flight to diversification and quality continues,” Coghlan said.