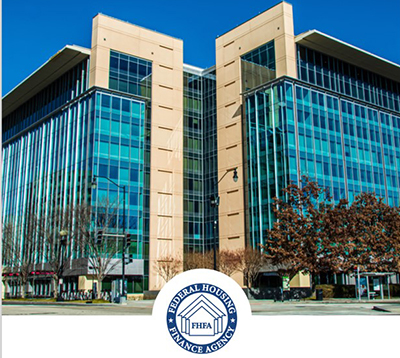 The FHFA Strategic Plan: Fiscal Years 2022-2026 outlines the agency’s priorities as regulator of the Federal Home Loan Bank System and regulator and conservator of Fannie Mae and Freddie Mac. FHFA noted the new Strategic Plan formalizes areas of focus for the agency and its regulated entities by establishing three goals:

“This plan emphasizes FHFA’s commitment to safety and soundness and will further position FHFA’s regulated entities to provide equitable access to affordable and sustainable housing opportunities as the country emerges from the pandemic,” said FHFA Acting Director Sandra L. Thompson.

FHFA released a draft Strategic Plan in February. At that time, FHFA invited feedback from Congress, stakeholders and the public over a 30-day period ending March 11.

The Mortgage Bankers Association was among those who submitted comments. MBA’s feedback was instrumental in FHFA revising the proposed plan, removing language that FHFA would seek from Congress the authority to specifically examine nonbank servicers.

The MBA comment letter specifically objected to this portion of the plan and outlined flaws in the FHFA’s rationale for seeking this authority. As a result, the language in the plan now seeks only authority to examine “third-party service providers” – which is more consistent with similar authority banking agencies have over vendors to banks.

Thompson noted the plan also reaffirms FHFA’s emphasis on making effective use of the agency’s resources and on identifying and addressing operational risks. “FHFA is committed to being transparent as it implements this plan and we will continue to seek stakeholder input as the agency considers policy options,” she said.